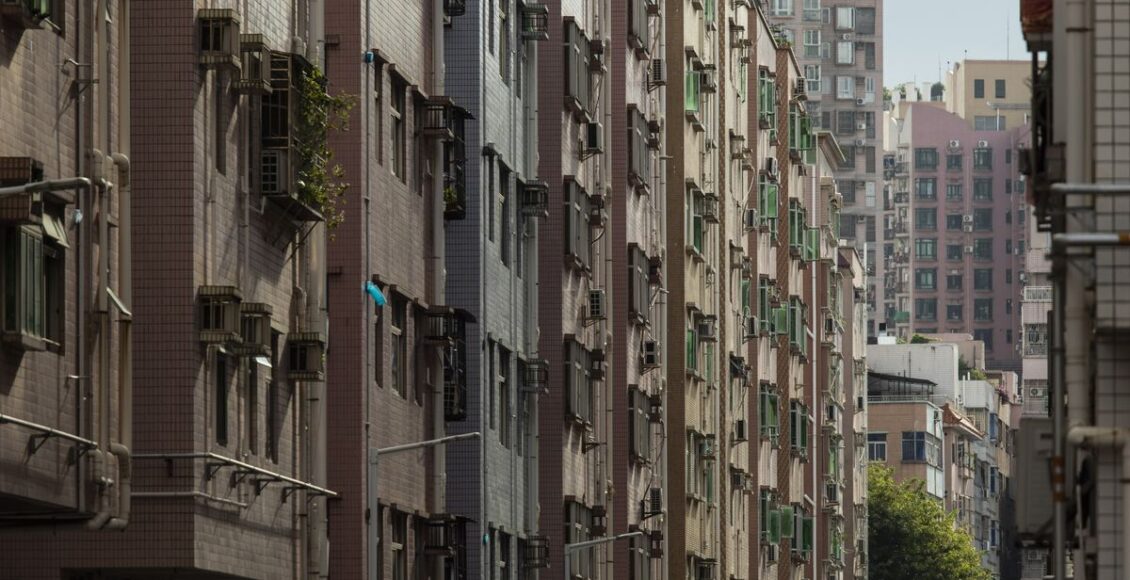 China’s economy took a knock last month from an ongoing property market slump and sporadic Covid outbreaks, prompting economists to warn that recent easing measures may not be enough to stabilize growth.

Residential property sales and the area of new housing started by developers both dropped about 20% from a year earlier, pulling down the pace of overall investment spending in the economy. Retail sales growth weakened to 3.9% in November as people stayed home amid renewed virus outbreaks.

The data highlights the challenge facing Beijing as it tries to stabilize the world’s second-largest economy without giving up its campaign to reduce debt-levels in the vast property sector. The emergence of the omicron variant of the coronavirus is an added threat to the economy as China tightens restrictions to tackle outbreaks.

“Demand on the investment side has been extremely weak and we need to see more easing measures,” Helen Qiao, chief economist for Greater China at BofA Global Research said in an interview on Bloomberg TV. Current policies are “not aggressive enough to overcome all this downward pressure,” she added.

Industrial output rose 3.8% from a year earlier, a slight uptick from October due to strong production of electronic products and pharmaceuticals. But the property market is weighing on the industry too, with production of property-linked commodities such as steel and cement falling about 20% year-on-year in November.

Beijing has instructed banks to accelerate mortgage lending and signaled some easing of controls on the property market to support “reasonable” demand for real estate. Yet, officials last week maintained the basic stance that “houses are for living in, not speculation,” suggesting they don’t plan any large-scale relaxation of curbs on financing to developers such as China Evergrande Group.

In some cities “downward pressure on the housing market has increased,” Fu Linghui, a spokesman for the National Bureau of Statistics, told reporters. “Constraints from sporadic virus outbreaks on consumption, especially in-person consumption, still persist.”

With the property sector still subject to strict controls, economists are expecting increased government infrastructure investment to boost growth. While Beijing has been encouraging local governments to issue bonds to fund new projects, that hasn’t led to more spending yet.

Infrastructure investment declined by 4.6% in November from a year earlier, a deeper contraction than in October, according to estimates from Goldman Sachs Group Inc.

The weakening of retail sales surprised analysts who were expecting a boost from the annual online “Singles Day” shopping festival. Spending in the restaurant and catering sector fell year-on-year in November, while car sales dropped for a fifth straight month.

China has been facing persistent outbreaks of the delta-variant and recorded its first cases of the more-contagious omicron variant this week, adding to pressure on authorities to implement local lockdowns.

China’s November activity data suggest the economy is still under strain, though the production side appears to be stabilizing. The pressure on the demand side was clear, with growth in both fixed-asset investment and retail sales extending slowdowns. We expect fiscal and monetary policies to become more supportive in the months ahead.

The central bank refrained from easing monetary policy on Wednesday. It kept the interest rate for one-year loans to banks unchanged and only rolled over about half of the maturing debts, withdrawing liquidity from the banking system. A recently announced cut to the reserve requirement ratio for banks takes effect from Wednesday, which should make it cheaper for them to extend new loans.

A weak labor market further worsened the outlook for consumer spending. The surveyed jobless rate inched up to 5% while the average number of hours worked per week fell slightly from the previous month.

US sanctions threat if China aids Russia stirs fear in…