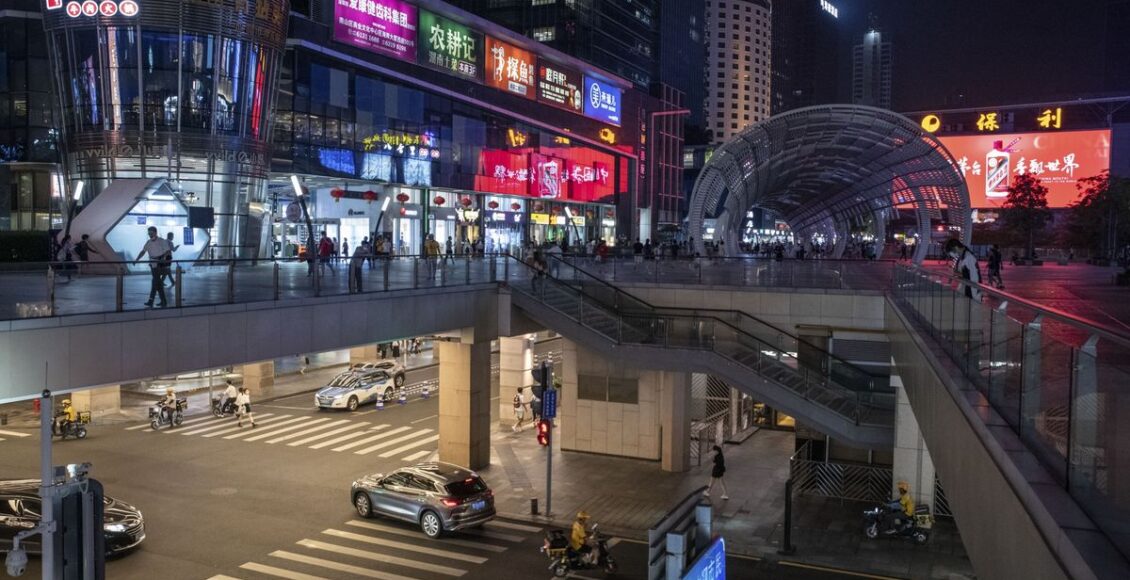 The producer price index climbed 10.7% from a year earlier, beating forecasts and reaching the highest since November 1995, as coal prices and other commodity costs soared, data from the National Bureau of Statistics showed Thursday. 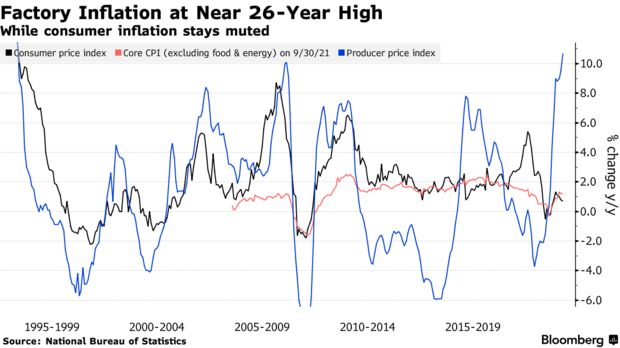 There’s little evidence yet that consumer goods factories are passing on higher input costs to customers, with consumer prices growing at a slower pace of 0.7% last month. However, that could change as producers see their profits squeezed and China braces for higher electricity prices amid an energy crunch.

“The widened gap between PPI and CPI means greater pressure for upstream sectors to pass on rising costs to the downstream,” said Bruce Pang, head of macro and strategy research at China Renaissance Securities Hong Kong.

People’s Bank of China Governor Yi Gang told a Group of 20 forum that China’s inflation is “moderate,” according to a statement on the central bank’s website Thursday. He reiterated that monetary policy would be flexible, targeted, reasonable and appropriate.

Countries from Latin America to Europe have been seeing higher-than-usual consumer price inflation this year. U.S. data on Wednesday showed consumer prices grew 5.4% in September from a year earlier, even as the Federal Reserve has insisted that most of the price pressure is a transitory effect of a global economy emerging from the pandemic.

As the world’s largest exporter, Chinese prices are another risk factor for the global inflation outlook. However, economists generally believe the influence is modest because product baskets that countries use to calculate consumer prices tend to contain more locally-produced services than consumer goods from China. Research by Standard Chartered Plc found only a moderate degree of correlation between China’s CPI and U.S. consumer prices in recent years.

The gap between China’s producer and consumer inflation increased in September to 10 percentage points from 8.7 points in August, the widest level since 1993. 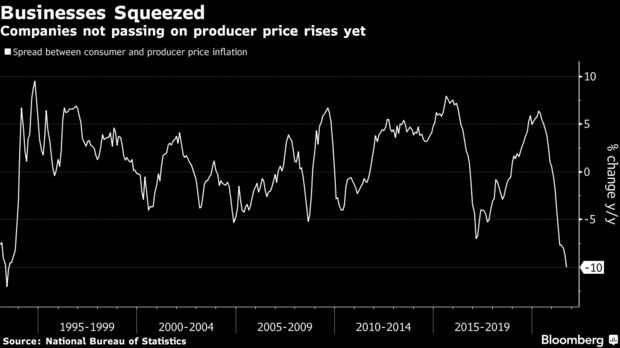 The jump in China’s PPI was mainly fueled by skyrocketing coal prices and other energy-intensive products, according to the NBS. Surging coal prices and policy goals to cut energy consumption have led to an electricity shortage, resulting in power rationing and factory production halts in over 20 provinces in September. Prices of other commodities such as crude oil also continued to climb, with the Bloomberg Commodity Index rising 5% for the month.

With coal futures at a record and the government allowing electricity prices to rise, inflation pressure will start filtering through to consumers. China’s largest soy sauce maker in the country said this week it plans to raise retail prices of its products. At least 13 companies listed on China’s A-share market have announced price hikes this year, while tire producers said they plan to adopt new price policies in October, according to state media reports.

Zhaopeng Xing, a senior China strategist at Australia & New Zealand Banking Group Ltd., said PPI will probably reach 12% in October or November, and come in at 7.5% for the full year. Consumer prices will rise modestly to 2% in the fourth quarter to reach 0.9% in 2021, he said.

The lack of pass-through to CPI means that China still has room for monetary easing as its economy slows. Many economists still expect the central bank to cut the reserve requirement ratio for banks to help spur liquidity in the economy.

The dramatic divergence in two key measures of China’s inflation — with producer prices heating up further and consumer prices cooling in September – highlights huge underlying strains in the economy. But for the central bank, the focus is on supporting growth. And lower CPI inflation gives it room for maneuver.

Bonds were little changed after the data, with the yield on the benchmark 10-year government bond remaining at 2.95%.

For now consumer inflation remains in check because of falling pork prices, helping to drive down food prices by 5.2% in September from a year ago. Core CPI, which strips out volatile items such as food and energy, was unchanged at 1.2%.