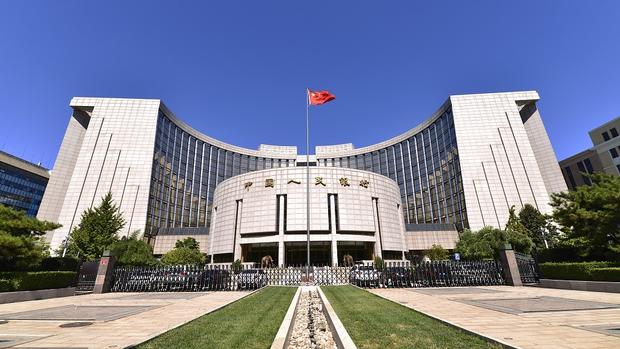 As Chinese economic policy makers shift toward easing mode, the question on traders’ minds is how far the government is prepared to go.

Financial markets are showing some expectations of further easing after the People’s Bank of China said it will cut the amount of cash banks have to hold in reserve. Turnover has climbed to an 18-month high on a popular tool used by traders to finance their bond purchases, a sign of increasing leverage. Government-bond yields are near a three-month low. A gauge tracking Chinese developer shares rallied more than 3% on Tuesday after the Politburo signaled a loosening of curbs on real estate.

Authorities are taking steps to bolster growth after a crackdown on the property industry triggered a credit crunch for developers and slashed demand for housing. Stressed firms such as China Evergrande Group and Kaisa Group Holdings Ltd. are on the brink of default, while sales by the largest developers plunged almost 40% in November from a year earlier. The economy is projected to expand 5.3% in 2022.

“The tone has turned much more dovish,” Macquarie Group Ltd. analysts led by Larry Hu wrote in a Monday note. “For the first time, the Politburo meeting uses the phrase ‘stability is the top priority.’ In other words, top leaders are deeply concerned about the risk of potential instability.”

President Xi Jinping’s government undertook a series of regulatory measures to rein in industries from technology to education and property in 2021, roiling the nation’s stocks and bonds traded offshore. The real estate industry accounts for 30% of gross domestic output and 40% of household assets.

China will focus on stabilizing macroeconomic conditions, ensuring the economy grows in a reasonable range and that society remains orderly ahead of the party’s key 20th congress meeting later next year, the Politburo said. Premier Li Keqiang – who last week had signaled the PBOC’s move to cut the reserve ratio – said on Monday that China has room for a variety of monetary policy tools.

The biggest question concerns the property market. Officials targeted the bloated sector this year to reduce risk to the financial system and make spending more productive. The yield on a gauge of Chinese junk dollar bonds – which is packed with developers, has climbed to around 22%, making it prohibitively expensive for stressed firms to refinance.

“We believe China has become increasingly more willing to accept slower growth over the short term to become less reliant on investment,” CreditSights analysts led by Zerlina Zeng wrote in a note dated Monday. “Authorities will continue to focus on deleveraging the property sector and closely watch the local governments’ debt management.”

The next focus for traders is the Central Economic Work Conference sometime this month, which will flesh out economic policy plans for the next year. There’s a chance the central bank may cut the medium-term loan rate during its next operation on Dec. 15. That could lower the loan prime rate, or the de facto benchmark rate for bank loans.

China Warns U.S. Will ‘Pay a Price’ for Boycotting Olympics

Regulators to ramp up efforts to further support listed SOEs