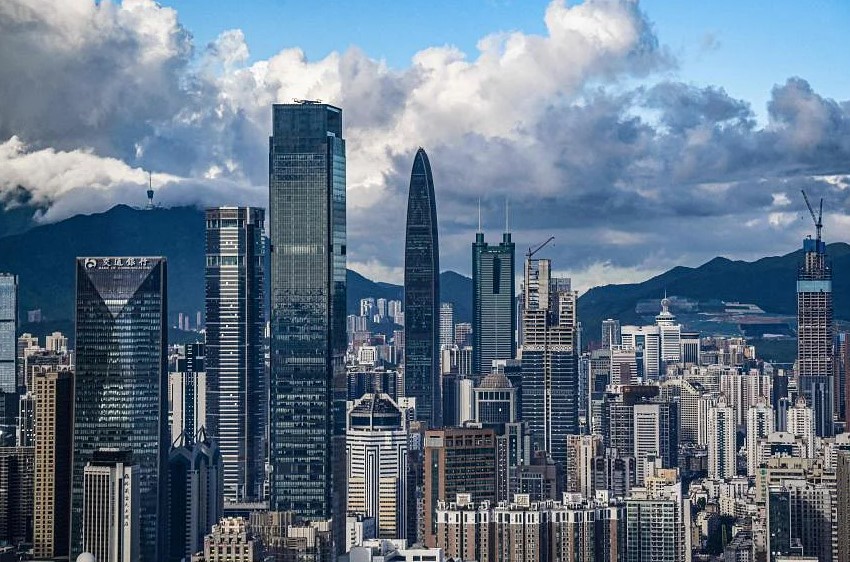 Economists are turning more bearish about China’s economy, downgrading their growth forecasts further for 2022 and seeing lingering risks into next year as turmoil in the property market and Covid outbreaks persist.

The economy is now projected to grow just 3.5% this year, down from a previous forecast of 3.9%, according to Bloomberg’s latest quarterly survey of economists. Growth projections for the first three quarters of next year were also lowered — by 0.1-0.4 percentage points — although the median for the whole of 2023 remained unchanged at 5.2%.

Brendan McKenna, an international economist at Wells Fargo & Co., said there’s downside risks to growth forecasts “amid a still struggling property sector and renewed Covid-related restrictions.” His base case is that the economy will grow a little over 3% this year, but sees a risk of growth weakening to below that if economic activity continues to slow.

Business and consumer sentiment took a major knock this year as coronavirus outbreaks prompted major cities like Shanghai to lock down their populations and shut businesses for an extended period of time. Adding to the woes is a property crisis that’s deepened this year, with homebuyers starting to boycott mortgage payments because of unbuilt houses. More recently, record high temperatures and drought have led to power shortages and some factory shutdowns.

The government originally set a gross domestic product growth target of around 5.5% for this year. With growth slowing sharply during the year and Covid outbreaks continuing to spread, top officials have been downplaying the goal recently. Beijing hasn’t missed its GDP target by such a large magnitude before. It didn’t set one in 2020, during the first wave of the pandemic.

Beyond the current challenges, the economy’s underlying risks, such as demographics, will keep growth under 5% over the next few years, said Raymond Yeung, chief economist for Greater China at Australia & New Zealand Banking Group Ltd.

“Our core view remains that the aging economy will continue to change gear over the next three years,” he said. “Potential growth will continue to slow given the lack of productivity improvement. We pencil in GDP growth of 4.2% in 2023 and 4.0% in 2024.”

As China’s power crisis drains energy from a lacklustre equity market, any more shocks to the economy spells bad news