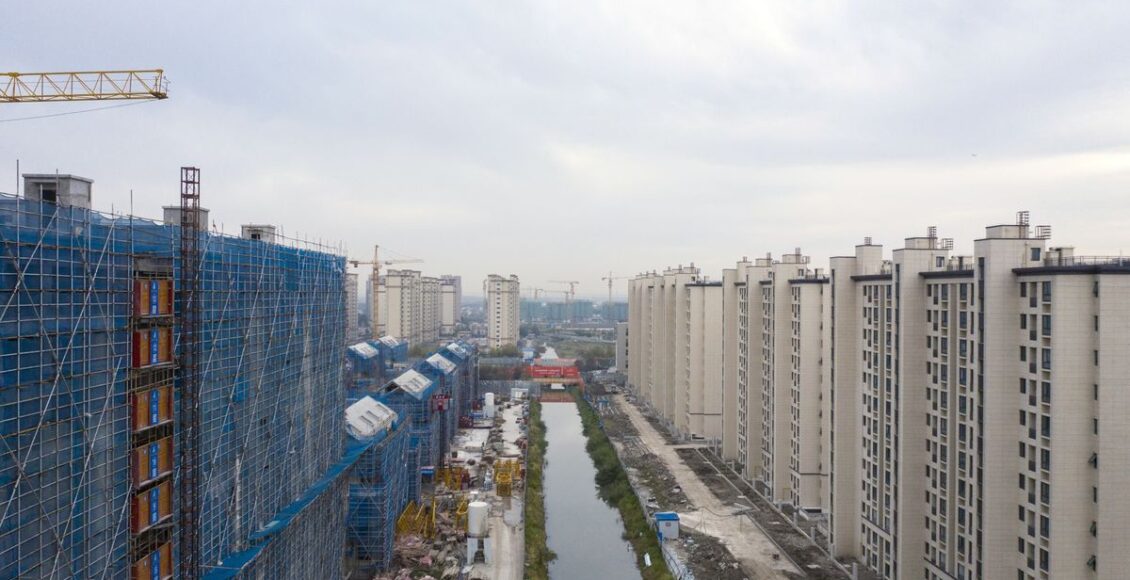 China’s top economic official called for stabilizing house prices while sticking with curbs on speculation as a property market slowdown continues to take a toll on the economy.

Vice Premier Liu He, China’s top economic policy official, vowed to stick to curbs on the housing market under the slogan of “houses are for living in, not for speculation,” in an article published by the ruling Communist Party’s flagship newspaper, the People’s Daily.

Officials should “focus on stabilizing land prices, house prices, and stabilize expectations,” in order to “solve household’s housing problems and promote the healthy development of real-estate companies,” Liu said in a broad essay on economic development and the recent Party resolution on history.

Beijing’s curbs on financing to the property sector have been the main driver of a slowdown in the economy, with housing sales, house prices and new construction all falling in recent months. Officials say excess supply of housing is a threat to economic stability, and want investment to go to prioritized sectors like hi-tech manufacturing rather than more apartments.

A reasonable amount of infrastructure construction should be brought forward as China seeks to boost domestic demand, Liu wrote.

Despite efforts to boost spending, infrastructure investment has been weak this year, only growing 1% in the first 10 months of the year compared to the same period in 2020.

Local governments in China may speed up their sale of local government bonds used to pay for such spending, the Securities Times reported Wednesday, citing analysts. The quota of new bonds may rise to more than 4 trillion yuan ($626 billion) next year in an effort to support the economy, Cheng Qiang, chief macro analyst at Citic Securities, was quoted as saying, up from 3.65 trillion yuan this year.

Other points from Liu’s article:

China has rolled out an extensive study campaign on the history resolution adopted at the recent meeting of top leaders, which further consolidated President Xi Jinping’s status in the Communist Party. Party elites including Zhao Leji and Ding Xuexiang have published their interpretations of the resolution in party mouthpieces, with some analysts arguing that this could be an indication of who might be promoted in the reshuffle of the top leadership next year.