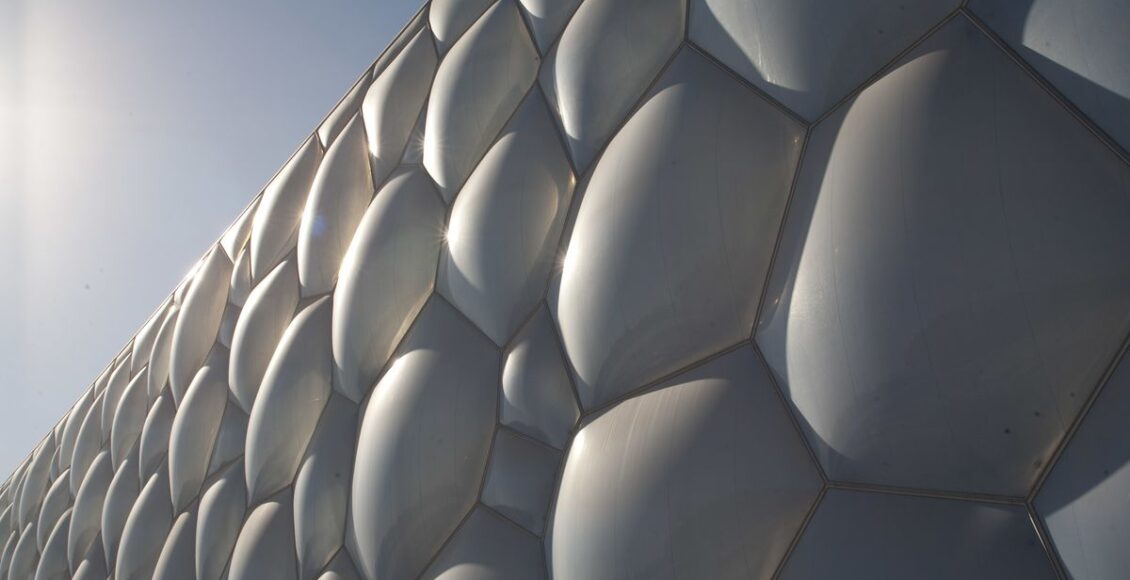 Pandemic stimulus helped trigger speculative frenzies in everything from stocks to crypto and property across the world in 2021. China went the other way as Beijing officials took action to deflate bubbles.

The result is one of the most extreme divergences between major financial markets in recent history. This year’s selloff in the MSCI China Index of stocks means the gauge lags global peers by 37 percentage points, the biggest gap since 1998. Chinese junk dollar bonds are trailing global high yield returns by about 25 percentage points, the most in more than a decade. While home prices are surging in places like Manhattan, the U.K. and Australia, they’ve fallen in China for the past four months.

That underperformance has Wall Street looking with avarice at China’s cheap valuations, especially as Beijing shifts to easing. In the past couple of months, Goldman Sachs Group Inc., BlackRock Inc., UBS Group AG and HSBC Holdings Plc have all turned overweight on the nation’s equities. JPMorgan Chase & Co.’s Marko Kolanovic this week recommended going all in on China in 2022, predicting the MSCI China will surge almost 40%.

“History teaches us that these are usually the periods that offer the most attractive opportunities,” said Dale Nicholls, who manages Fidelity International Ltd.’s China special situations strategy from Hong Kong. “On the back of a period of tightening, there is significant scope to loosen policy. It clearly has been a volatile period, but we have seen times like this before, and most likely will see them again.” 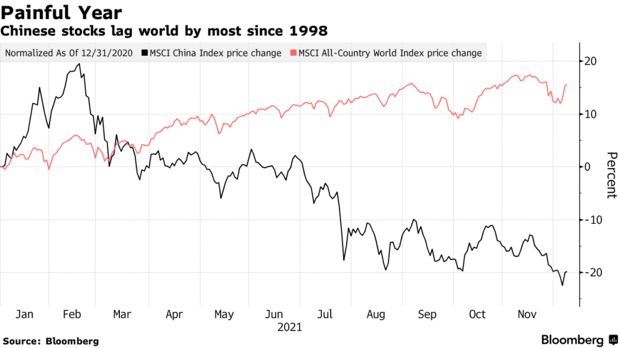 The bull case is built on the expectation that policy makers will support the economy in 2022 to prevent a hard landing. That would mean easing off on a regulatory clampdown that has depressed the valuations of Chinese assets. The People’s Bank of China reinforced that consensus this month when it freed up liquidity for lenders. There’s speculation banks will lower their benchmark loan rate Monday for the first time since April 2020.

Because positioning is now so light, Chinese assets stand to recover from a policy shift, the thinking goes. The world’s active funds have near the lowest allocation to offshore Chinese stocks in a decade due to extreme outflows this year, according to Goldman’s strategists. That’s especially stark in a year where investors sent more cash into global stock funds than in the previous 19 years combined.

Yet many of the factors that crushed China’s financial markets this year continue to be overhangs — which is why Morgan Stanley strategists including Laura Wang and Jonathan Garner decided against upgrading their cautious view on Chinese equities in mid-November. The MSCI China has lost 10% since their 2022 outlook was published. Citigroup Inc.’s team joined them this week, saying “it’s not yet time to buy.”

Investors remain vulnerable to the Communist Party’s opaque and unpredictable policy making. Hopes that Beijing was nearing the end of a crackdown on the tech sector were dashed when Didi Global Inc. was asked to delist from the U.S. China took issue with content published on Weibo Corp.’s. micro-blogging site, triggering an almost 10% slide in the newly-listed Hong Kong shares on Tuesday. 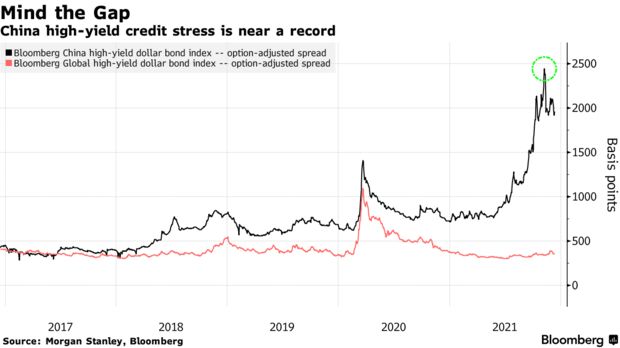 The growing divide between Beijing and Washington also threatens company profits. On Wednesday, Chinese biotech stocks plunged after the Financial Times said the U.S. Commerce Department plans to ban some companies in the industry from using American technology.

The crisis in China’s property market is worsening in the wake of defaults by China Evergrande Group and Kaisa Group Holdings Ltd. Shares and bonds of real estate firms slumped this week amid unconfirmed speculation of payment difficulties at Shimao Group Holdings Ltd., long considered one of the industry’s healthier players. Data Wednesday showed the housing slowdown deepened in November, weighing on the economy.

The specter of hot money and Beijing’s longstanding wariness of bubbles may also limit easing. While Chinese shares and junk dollar bonds have plunged offshore, foreign investors have continued to pile into Chinese government bonds. These inflows are propping up the yuan, which is at the strongest since 2015 against a basket of trading-partner currencies. The central bank last week took action to limit its appreciation, forcing lenders to hold more foreign exchange in reserve. 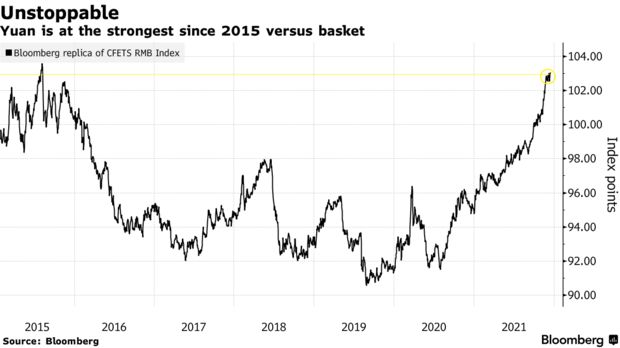 “The slowing of China’s growth momentum and recent volatility in its financial markets highlight a number of dilemmas that Beijing faces,” said Eswar Prasad, a former International Monetary Fund head in China now at Cornell University. “Beijing’s attempts to resolve these inherently contradictory impulses in the guise of market-oriented socialism will inevitably lead to further stumbles and accidents.”

Betting on parts of Chinese markets was a successful strategy for many years. At its October 2020 record, Alibaba Group Holding Ltd. was up 366% from its 2014 trading debut in New York. That’s about twice as much as the Nasdaq 100 Index. The stock has since fallen 60%, losing about $515 billion in market value.

Junk-rated Chinese debt was one of the most profitable trades in global credit before this year, with a Bloomberg index tracking the notes rising about 100% in the decade through May. The gauge – packed with developers – has lost 24% since.

The result is many investors who rode the China bull market are nursing significant losses. UBS’s $8.2 billion China Opportunity fund – one of the largest and oldest China-focused equity mutual funds – is down about 25% for the year. The slump in Chinese tech shares was made worse by fund redemptions. Two UBS portfolio managers are leaving after a $3 billion fund got caught up in China’s high-yield bond meltdown. BFAM Partners’ more than $4 billion hedge fund is heading for the first annual loss in its nine-year history.

Yet in a world dominated by concern that asset values are overheated and central banks will need to taper easing, the prospect of a sizable rebound in Chinese financial markets is too good to pass up for many analysts. The MSCI China Index trades at just 12.2 times projected earnings – near the biggest discount to the S&P 500 in data going back to 2005.

“You can see that the market has been trying to pick a bottom,” JPMorgan Chief China Equity strategist Wendy Liu told Bloomberg Television in an interview on Wednesday. “We just had the policy trough. So we’re just waiting for the credit trough and the earnings trough. If there’s some improvement or moderation from a pretty low base right now, then we will have that pretty easily.”

China Likely to Make 5% Growth Its Bottom Line for 2022

Nicholas Burns, US ambassador to China, stresses need to…

Stronger U.S.-China Ties Could Mark The End Of The Chinese…