The average price of new homes across 70 major cities rose 4.8 per cent in April, from a year ago, according to the National Bureau of Statistics (NBS) 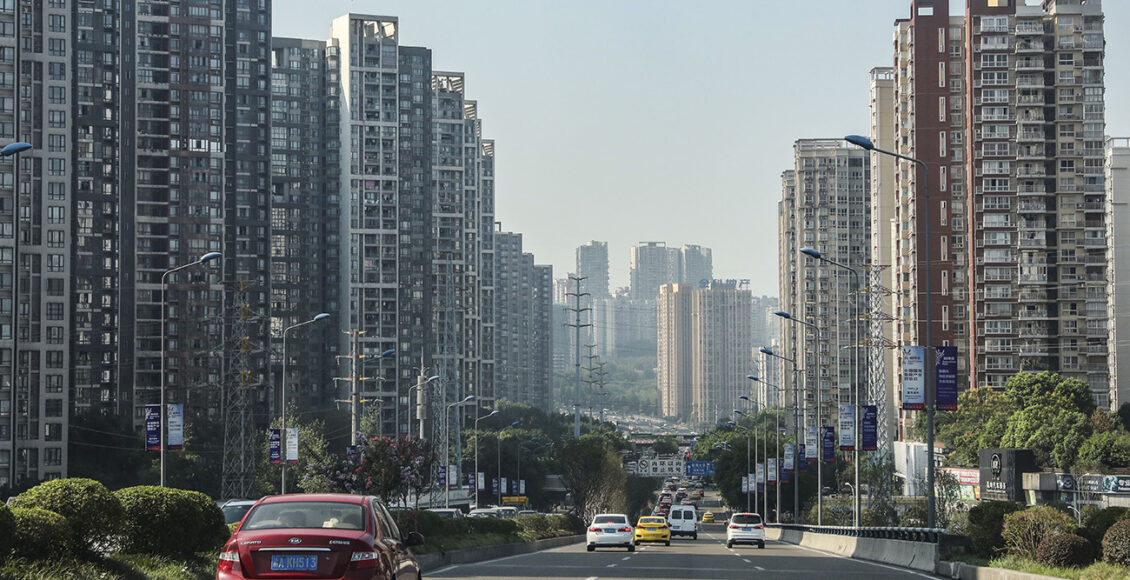 China’s home prices soared at the fastest rate in eight months to the highest level in five and half years, as buyers defied the government’s cooling measures to deflate the property bubble.

The average price of new homes in China across 70 major cities rose 4.8 per cent in April, from a year ago, according to the National Bureau of Statistics (NBS). Prices increased in 62 of the 70 cities tracked by the NBS, led by soaring listings in Chongqing, a megapolis of 30 million people.

Surging prices at the fastest monthly pace since last September puts the pressure on the government to impose even more draconian measures to cool the market, as housing affordability is one of the hot-button political issues that must be tackled amid the pomp, splendour and pageantry of the Communist Party’s centenary this year.

“The 100th anniversary of the founding of the Communist Party elevates the control of home prices to a top priority,” said Yan Yuejin, director of the Shanghai-based E-house China Research and Development Institute. “We will see more tough measures to cool down the market this year, particularly on home speculators.”

The central government highlighted the unaffordability of homes as a “difficulty” in Premier Li Keqiang’s annual work report in March.

“We will keep the prices of land and housing, as well as market expectations, stable,” Li said in the report to China’s legislature in Beijing. “We will address prominent housing issues in large cities [and] make every effort to address the housing difficulties faced by our people, especially new urban residents and young people.”

The Chinese government is anxious to prevent any grievances from housing affordability from spilling over into social instability, as it grapples to keep the economy growing amid the coronavirus pandemic. Homes have become so expensive that Chinese couples are putting off having a second child, undermining government efforts to boost the population, according to a Beike Research Institute survey last November.

In an attempt to deter housing speculation, the government has revived the idea of introducing a property tax, with the Ministry of Finance saying last week that it had attended a high-level meeting with three other central government authorities to solicit opinions from city representatives, experts and scholars on a pilot scheme for implementing the tariff.

“Shenzhen and Shanghai, once named by the regulators, have started to see housing market cool off slightly while speculations emerge in other major cities not yet underscored by top officials and prices there started to increase fast,” Yan said.

Shenzhen  is showing some early signs of success in containing runaway house prices after 13 rounds of market-cooling measures since last July. Average new home prices rose 0.5 per cent in April, while lived-in home prices were kept flat, the first month without an increase in 20 months.

The deputy housing minister Ni Hong paid a visit in January with instructions to cool the market. As a result, the number of homes sold fell by about 20 per cent during the weeklong Labour Day holidays in May, traditionally a high-water mark for property transactions, according to data compiled by Midland Realty.

“That means more tightening regulations will follow and wherever sharp increase reported, specific policies will step in,” said Yan.

The prices of new homes in Chongqing, home to Ford Motor’s Chinese state-owned partner Changan Automobile, increased by 1.4 per cent in April while the prices of lived-in homes rose 1.3 per cent. Chongqing has the fifth-largest regional economy in China, behind only China’s four tier-one cities Beijing, Shanghai, Shenzhen and Guangzhou.

America’s policy toward China is misdirected, because it would actually strengthen…