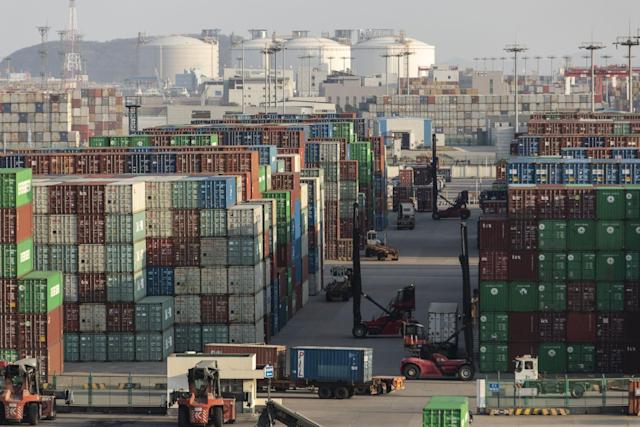 Chinese officials pledged in a meeting with foreign chambers to address supply chain concerns while reaffirming their commitment to the country’s Covid Zero strategy, according to participants.

Representatives of foreign companies in China met Monday with Commerce Minister Wang Wentao to discuss the impact of Covid controls, as outbreaks and lockdowns spread across the country and damage the economy. The eight groups present were the European, German, Japanese, South Korean and U.K. chambers, as well as AmCham China, AmCham Shanghai and the U.S.-China Business Council.

“The current policy with lockdowns leading to productions stops, logistic and supply chain disruptions and restrictions on the movement of people do not only pose a short-term concern, but will leave their marks on the long run,” Hildebrandt said via email. “We are looking for clear signals on how the Chinese government will help to ease the burden through relief programs such as tax reductions, reduction of social insurance payments, rent deductions.”

The business groups proposed setting up regular briefings with Commerce Ministry to discuss new policies and share updates on the Covid response, he added.

Joerg Wuttke, president of the European Union Chamber of Commerce in China, said Wang was “attentive and amicable” during the two-hour meeting. The Chinese side described the chambers as “bridges and bonds,” and vowed to work with international businesses to resolve supply chain issues, he said. It also reiterated Beijing’s stance on maintaining its Covid Zero approach, Wuttke said.

The Chinese government has so far shown no sign of abandoning the strategy championed by President Xi Jinping, even as fresh data showed that the lockdowns have begun to damage the economy. The Commerce Ministry in Beijing didn’t immediately reply to a request for comment Tuesday.

The Chinese Ministry of Industry and Information Technology said Friday that it would push forward the resumption of production at major factories in Shanghai as it tried to ensure smooth supply chains. The city then announced a plan on Saturday night to allow some companies to restart operations, although there was no timetable.

Steven Lynch, managing director for the British Chamber of Commerce in China, said his group highlighted that China was diminishing as an attractive destination for investment and talent. “We would like to see clarity on China’s dynamic Covid-19 policy, and measures under this policy should be directly proportionate to the risk posed,” he said.

AmCham China said in a newsletter that it raised issues around certain Chinese Covid-control apps not working for people with foreign passports. It also said it pushed for access to foreign vaccines, which the government has not approved for use yet.

AmCham Shanghai and the U.S.-China Business Council declined to comment.

Earlier this month, the European Chamber sent a letter to Chinese Vice Premier Hu Chunhua arguing that the omicron variant was “posing new challenges that seemingly cannot be overcome by applying the old toolbox of mass testing.” The letter, which was signed by Wuttke, added that such measures were increasing the social and economic costs of the pandemic.