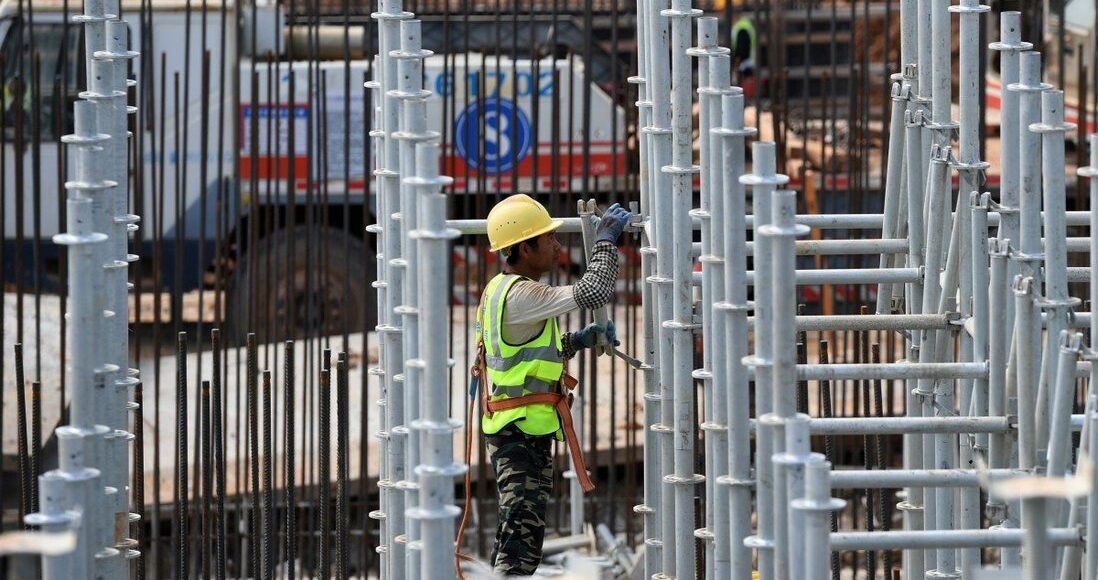 China should lower interest rates and boost infrastructure investment to ensure the economy will grow by at least 5 per cent next year, according to an influential Chinese think tank.

Authorities need to boost domestic demand, including consumption and investment, to counter the property slump and any slowdown in exports, Zhang Bin and Zhu He, research fellows at China Finance 40 Forum, wrote in an article on Monday.

CF40 is a Beijing-based think tank whose members include People’s Bank of China (PBOC) deputy governor Chen Yulu and Sun Guofeng, the head of the bank’s monetary policy department.

Policymakers should use interest rate policy tools earlier rather than later and alleviate the private sector’s debt burdens with lower rates, Zhang and Zhu wrote.

Lower rates can also enhance asset valuations in the private sector and expand investment and consumption levels, according to the article.

A target of 5 per cent economic growth in 2022 is not high considering the negative impact of virus controls on economic activities, they wrote.

However, even achieving 5 per cent would be a challenge if domestic demand does not improve, they said.

The combined debt of Chinese companies and residents has climbed to 210 trillion yuan (US$33 trillion), and cutting interest rates can significantly lower debt burdens, the authors said.

The leverage ratio, which is total debt compared to gross domestic product, should not be a constraint on macroeconomic policies as there is still a lot of space to use fiscal and monetary policies, they said.

The PBOC could cut policy interest rates as soon as Wednesday, when the bank is likely to roll over at least some of the 950 billion yuan (US149 billion) in maturing one-year loans.

A reduction in the reserve requirement ratio for banks earlier this month sparked speculation the bank would start cutting interest rates as well.

The PBOC also recently reduced the interest rate for the relending programme to rural and small businesses.

Separately, Yu Yongding, a prominent economist at the Chinese Academy of Social Sciences and former adviser to the PBOC, called for a cut in the benchmark lending rate, which has not changed since it was last lowered in 2015.

Yu also said the PBOC should and will likely reduce banks’ reserve requirement ratio further to arrest the economic slowdown.

China should also issue more government bonds next year so that fiscal policy can play a bigger role in driving growth, Yu wrote in an article on Monday, adding that lower rates can make it easier to sell bonds.

Yu, who is a former member of the central banks’ monetary policy committee, criticised China’s stimulus approach after the 2008 Global Financial Crisis, when local governments were encouraged to set up financing platforms to raise money.

It would have avoided many troubles if the central and local governments had issued bonds to fund the stimulus package instead, he said.

Some economists are forecasting China will start adding fiscal stimulus in early 2022 after the country’s top officials said their key goals for the coming year include counteracting growth pressures and stabilising the economy.

In a move that should support fiscal spending early next year, Beijing has told local governments that they can begin selling “special” bonds earmarked for 2022 from January 1, the 21st Century Business Herald reported on Monday.