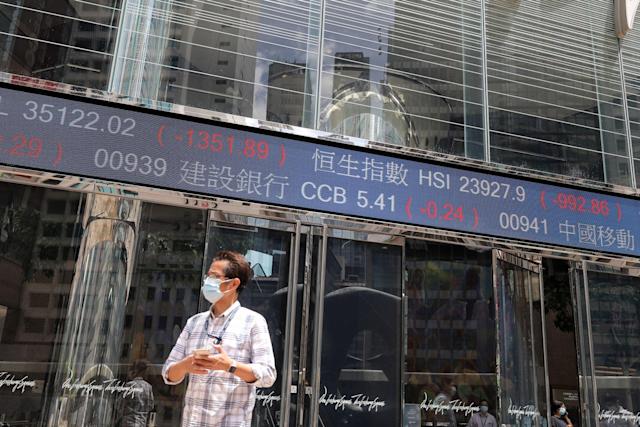 China’s tech stocks fell after a volatile open on Tuesday, as traders weighed policy vows to rescue a slumping economy against the risk of fresh regulatory pressures on the sector.

The Hang Seng Tech Index was down 0.9% as of mid-day trading break in Hong Kong, having fluctuated between losses of as much as 4.6% and a flat reading. The initial market slump was triggered by traders selling off Alibaba Group Holding Ltd. following a report that an individual surnamed Ma had been issued new curbs.

Shares of the tech giant, though, pared most of its 9.4% losses as reports soon showed the accused person’s name covered three characters, as opposed to Alibaba co-founder Jack Ma’s two-character Chinese name. Global Times said the person in question works as the director of hardware research and development at an IT company, further quelling speculation over Alibaba.

The episode highlights just how anxious investors remain in the once-mighty tech sector after Beijing’s yearlong clampdown on nearly every corner of the internet sphere. The knee-jerk selling earlier in the day came despite Beijing’s repeated promises to take a softer stance on tech firms. 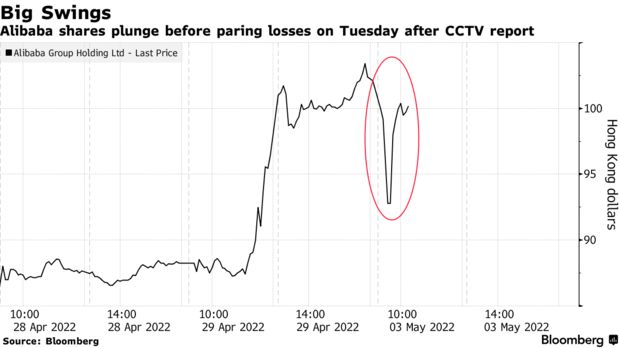 People were concerned about the possibility that Jack Ma is the person in the news, said Steven Leung, executive director at UOB Kay Hian. “The whole technology sector is falling partly due to this sensitive news.”

Tuesday’s fluctuation in stocks stands in contrast to the stunning gains recorded last week, including a 10% surge in Hong Kong’s tech gauge, as traders cheered the Politburo’s vows of support for the economy and platform firms.

However, that optimism is being tested as the latest developments darken the outlook again, including a contraction in Chinese activity and an increase in Covid-19 restrictions in Beijing.

Beijing is deploying an increasingly hardcore playbook to contain its nascent Covid-19 outbreak, from repeat testing of most residents to barring access to public places without a negative result. Financial markets in the mainland will remain closed through Wednesday for the Labor day holiday.

How US, China can defuse the trade war and boost global growth

China Cracked Down on Big Tech Companies. Now It Needs Them