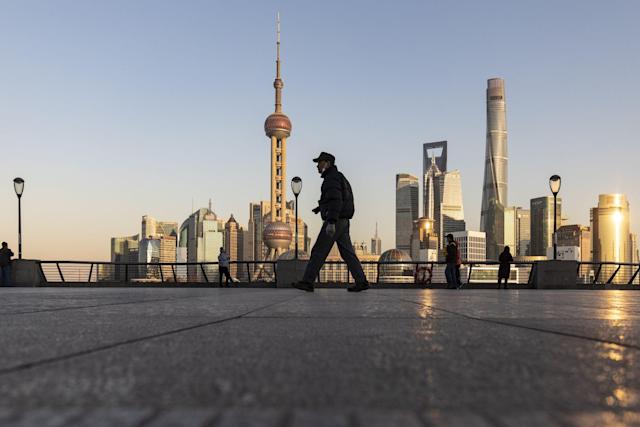 The Hang Seng Tech Index was down 0.6% as of 2:40 p.m. in Hong Kong, after falling more than 2% earlier. The benchmark Hang Seng Index and China’s CSI 300 Index both erased losses of as much as 1%. Automakers were among the biggest gainers on the two gauges following a report that Chinese government departments are in talks with firms about extending subsidies for electric vehicles.

The fluctuations show markets are yet to set a direction following Tuesday’s much-anticipated meeting between Liu, China’s top economic official, and some of the nation’s tech giants. Liu said the government will support the development of digital economy companies and their listing overseas. While that sparked a more than 5% rally in a gauge of Chinese stocks trading in the US, the excitement waned in the Asia session.

Concerns related to Covid-19 also remained in focus as cases rose in Tianjin and a cluster was ballooning in Sichuan province.

“It is difficult to assess if Chinese equities have bottomed, especially with more economic pain to come as authorities persist on the Zero Covid path, but we believe long term value has emerged,” for some sectors, said Eli Lee, head of investment strategy at Bank of Singapore. “Markets are also forward-looking and a lot of negativity has been priced into Chinese tech at this point.”

“Although investors are aware that there won’t be many punitive measures for tech from now, Covid concerns will continue to depress valuations across the board,” said Hou Anyang, fund manager at Frontsea Asset Management. The meeting wasn’t enough to ease worries, he added.

Separately, data showed home prices fell for an eighth month in April amid strict coronavirus lockdowns. The deepening slump is another blow to China’s embattled property sector, which the authorities have sought to support as part of efforts to halt a slowdown in the world’s second-largest economy.

More than a year into Beijing’s sweeping regulatory crackdown on private enterprise, investors remain wary about getting back into the sector.

Where China’s stock market goes from here will hinge on whether policy makers follow through on their promises, and the nation’s Covid-19 situation.

Chinese equities may set “lower lows into the year-end” as the US raises interest rates and scuppers global risk appetite, said Ilya Spivak, head of Greater Asia at DailyFX. “Rising interest rates mean people are resistant to taking risk, which means they are that much more responsive to things like regulatory disruptions or Covid lockdowns.”

No more celebrity lists: NetEase joins Weibo and Tencent in…