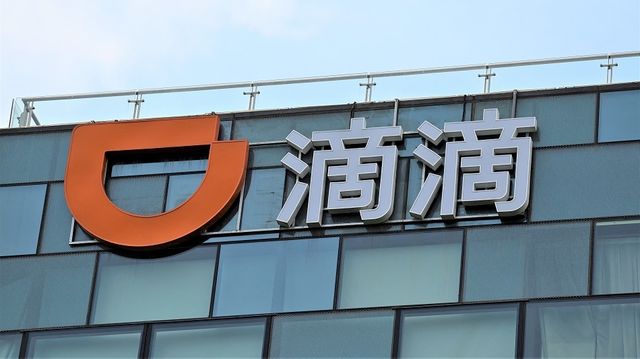 A brutal 2021 selloff for Chinese stocks trading in the U.S. has now erased more than $1 trillion in value since February and shows no signs of easing as regulators on both sides of the globe continue to put pressure on the firms.

The Nasdaq Golden Dragon China Index – which tracks China-exposed firms listed in the U.S. – plunged 9.1% on Friday, the most since 2008, after Didi Global Inc. said it plans to delist its shares from the New York Stock Exchange. The slump came amid a broader drop in equities on the day, with technology shares bearing the brunt of the decline.

The Didi announcement marks a stunning reversal of fortunes after the firm raised $4.4 billion in an initial public offering in late June, and adds even more uncertainty to the prospects for other U.S.-listed Chinese firms. Didi fell 23% at its weakest on Friday, extending the ride-hailing giant’s slump to more than 50% below its $14 IPO price.

“This represents the steady march toward the required de-listing of Chinese companies from U.S. exchanges,” Cowen & Co. analyst Jaret Seiberg wrote in a note. “We do not believe Congress or the SEC see the value of letting Chinese firms list in the U.S. as worth the cost of not being able to inspect the audits.”

Here’s a look at how China stocks in the U.S. have fared amid the increased scrutiny:

Friday’s selloff adds to what has been a historically bad stretch for Chinese stocks trading in the U.S. The Nasdaq Golden Dragon China Index has dropped 43% this year, putting it on pace for its worst annual performance since 2008. An unrelenting wave of policy crackdowns by both Beijing and Washington has resulted in eight separate trading days with declines of at least 5%. To put that in perspective, the S&P 500 Index has only experienced five such declines over the last decade. 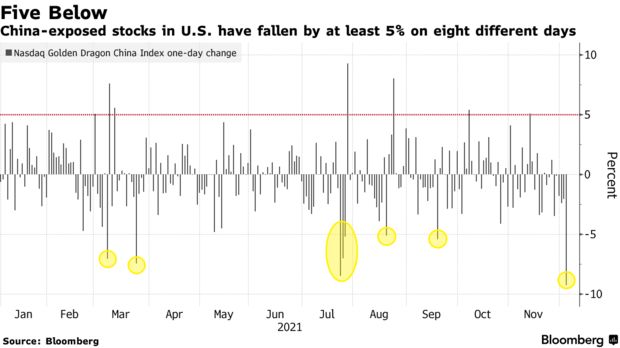 The dramatic plunge seen by U.S.-listed Chinese stocks this year has burned investors who rode them from the depths of 2020’s Covid-19 selloff to a record high in February. In the nine-plus months since its peak, the Nasdaq Golden Dragon China Index’s 95 members have shed more than $1.1 trillion in value combined. Headlining the plunge is Alibaba Group Holding Ltd., which has seen its market capitalization drop by about $430 billion, or nearly 60%.

While Chinese stocks that are listed in the U.S. have been pummeled this year, a global gauge of stocks with the highest sales exposure to the nation has managed to deliver investors solid returns. The MSCI World with China Exposure Index is up about 9% this year, outperforming the Golden Dragon China Index by more than 50 percentage points, the most since at least 2003, according to data compiled by Bloomberg. 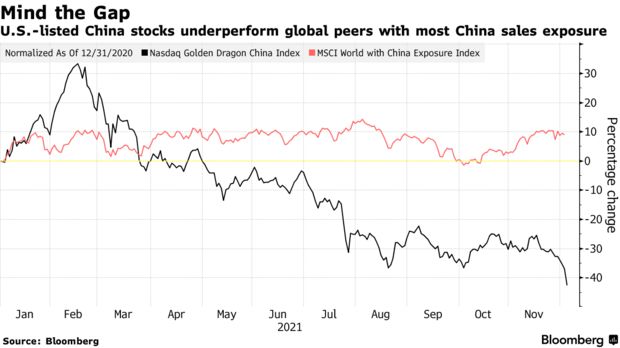 Tencent says it has the technology to build the metaverse…