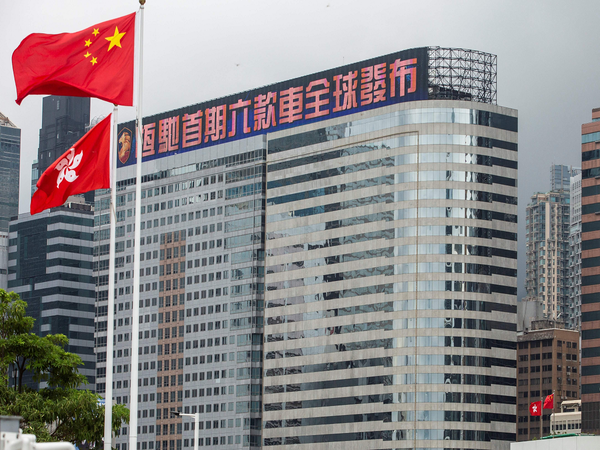 In a change of tone over the world’s two biggest emerging markets, global investors overseeing billions of dollars are slowly starting to favor China versus India – reversing a year-long trend that’s pushed stocks in opposite directions.

BlackRock Inc. has upgraded Chinese stocks as policy hurdles ease, saying “the time to position in China is now,” while trimming its exposure to Indian equities. Goldman Sachs Group Inc. and Nomura Holdings Inc. both downgraded Indian stocks in recent days, with the former upgrading offshore Chinese equities at the same time.

Valuations are the key rationale as the losses triggered by Beijing’s wide-ranging regulatory crackdown have made Chinese equities relatively cheap, while shares in the South Asian nation appear expensive after a world-beating rally.

The MSCI China Index is trading under 13 times its one-year forward earnings estimates while its Indian peer has a multiple of 22, putting the gap at two standard deviations above the average over the past decade. The Chinese gauge has fared better since the end of September after six straight quarters of underperformance. 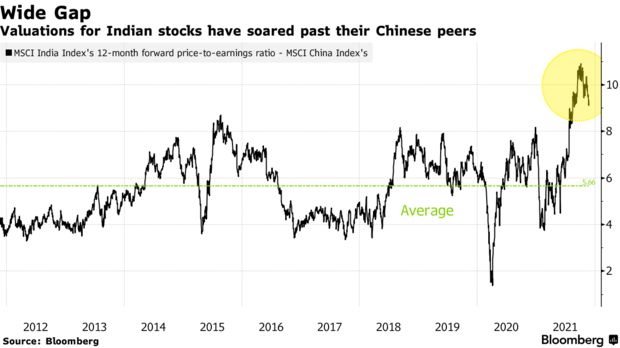 “There is more opportunity to allocate to China as the performance disparity between the two countries is one of the largest on record,” said Tom Masi, a New York-based portfolio manager with GW&K Investment Management LLC, who recently trimmed his India positions.

The pivot toward China comes amid growing optimism that its battered equities have factored in the worst of Beijing’s rein-tightening that at its most extreme wiped off as much as $1.5 trillion in value. That said, an economic slowdown and a property market crunch are among factors that make being bullish on China a brave call.

For the world’s largest asset manager, the positive sentiment is based on the view that monetary policy in China will likely be accommodative next year and economic growth could be better than expected, Lucy Liu, BlackRock’s portfolio manager for global emerging markets equities, said in a briefing this week.

BlackRock moved China to a more neutral position from underweight, and narrowed its underweight call on internet services companies. Meanwhile, it is booking some profits on Indian shares.

Sell-side analysts also seem to agree. The MSCI China Index is seen advancing 39% over the next 12 months while the Indian counterpart is estimated to have less than half of that upside, according to analyst estimates compiled by Bloomberg. And it’s not hard to see their logic: The China gauge has trailed India’s by more than 40 percentage points this year – set to be the most since 1999. 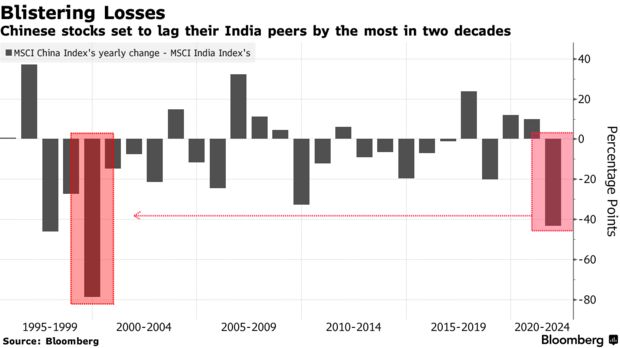 Indian stocks, which more than doubled from March 2020 lows aided by record low rates and a retail investing boom, have lost momentum in recent weeks. That’s amid concern over tightening liquidity conditions and inflation in one of the world’s biggest oil-importing nations.

Sentiment toward new listings has also soured after digital payments startup Paytm, India’s largest initial public offering, flopped in its debut on concerns over pricey valuations. Foreign funds are also selling, having withdrawn $1.3 billion this quarter, compared with inflows of $8.5 billion over the first nine months of 2021. 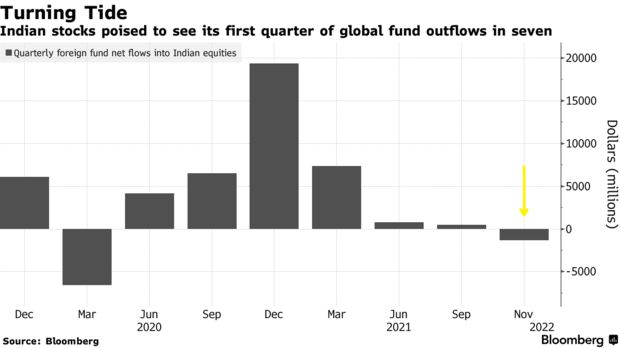 “There may be a valuation correction in the short-term as India wrestles with higher energy prices,” said GW&K Investment’s Masi. “The failure of Paytm is an early indication of the limits of valuation.”