China has launched a new campaign to crack down on “fake news” in Beijing’s latest effort to clean up online content, placing additional pressure on the country’s social media platforms to screen out unsanctioned information, likely impacting citizen journalists.

The campaign will target “illegal news activities” by news organisations and staff, internet platforms and public accounts, as well as unaccredited social organisations and individuals, according to a summary of a recent teleconference by the Central Propaganda Department of the Communist Party, which is published on government websites.

China has one of the most extensive and sophisticated systems in place to control online information. The government has also imposed strict licensing requirements for reporting and broadcasting. Details of how the new campaign will be rolled out have not been revealed, but it is expected to impact the country’s social media platforms.

“It will have implications for platforms including WeChat and Douyin. For example, [public accounts] might publish less content, possibly leading to a loss of users,” said Zhang Yi, CEO of iiMedia Research, referring to Tencent Holdings’ ubiquitous chat app and the Chinese version of TikTok, owned by ByteDance. “But it will have a positive impact on the overall social media environment.”

The campaign comes on the heels of a new policy push from the top state propaganda organs, which urged this week for better “culture and art reviews” in China, partly by limiting the role of algorithms in content distribution.

Citizen journalists have become more popular since the emergence of so-called self-media accounts on Chinese social media platforms. However, self-employed reporters cannot be accredited by the National Press and Publication Administration, which administers tests and grants licenses required for citizens to work in the profession. China had 228,327 accredited journalists as of November 7, 2020, the latest data available from the association.

Unaccredited reporters in China can face legal repercussions, and possibly even criminal charges. For instance, the citizen journalist Zhang Zhan was sentenced to four years in prison in Shanghai at the end of 2020 for her reporting on the coronavirus pandemic in Chinese city of Wuhan. Her official charges were “picking quarrels and provoking trouble”, a catch-all term often used to silence dissent.

China started issuing “news service” licenses to some online platforms in 2017, but only white-listed websites, apps and platforms have that privilege. The Cyberspace Administration of China had issued 2,471 such permits by March of this year, according to official data.

Even as some citizen journalists have sought to establish themselves as credible sources of information on social media platforms like WeChat and microblogging site Weibo, these outlets have also been a constant source of quasi-news content. This has forced Chinese censors, and increasingly the police, to constantly chase sources deemed to be “fake news” or rumours.

On Tuesday, local police in Yangzhou, in eastern Jiangsu province, announced that they had detained two citizens for spreading false coronavirus information in WeChat group chats, as the city battles a recent Covid-19 outbreak.

The new campaign will also target extortion schemes originating from purported news content and other misconduct in which content writers play up negative news about a company or person to demand money, according to a government summary. Scams have recently become a concern with online news content in China.

One such case was that of Huang Sheng, who was arrested in Shenzhen last month on the charge of “illegally taking deposits” after allegedly selling dodgy investment schemes to his readers. The blogger had amassed more than three million fans on Weibo and WeChat, where he regularly posted fabricated stories about economic collapse in the US and financial wars between the country and China. 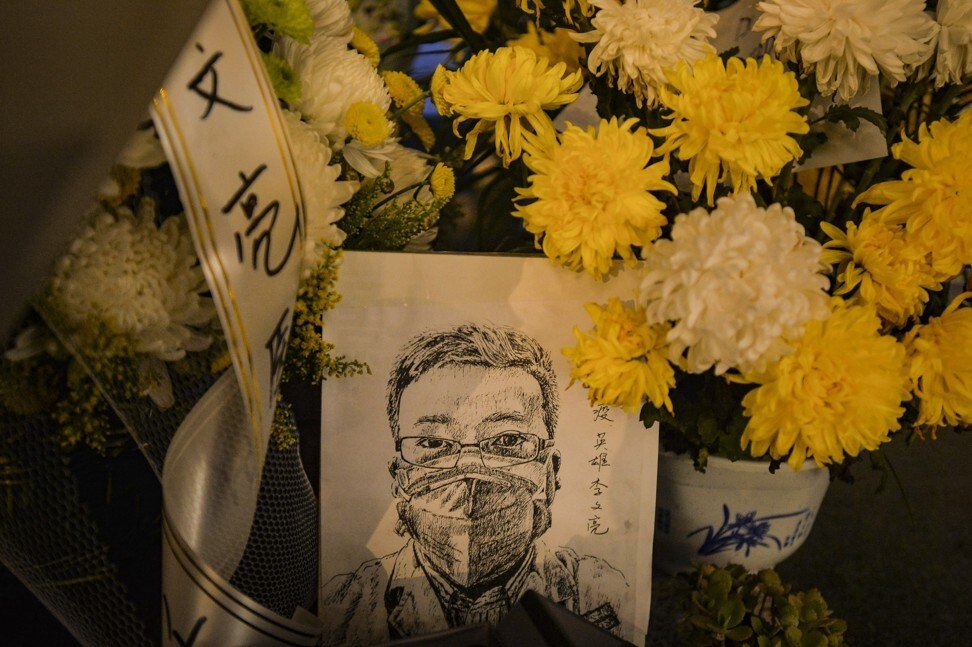 There have also been cases of WeChat public accounts profiting from blackmailing businesses. One account named Xian Land in the capital city of Shaanxi province, for instance, was banned on allegations of blackmailing local property developers, according to a local cyberspace administration statement in May.

Past efforts from Chinese authorities to crack down on certain types of information have backfired. This was the case with Dr Li Wenliang, now celebrated as a whistle-blower who gave an early warning of the new coronavirus spreading in Wuhan. He had sent messages to colleagues about people suffering from Sars-like symptoms on December 30, 2019. He was subsequently summoned by local police, who ordered him to stop “making false comments”.

At the time, China’s state media, including the China Central Television, widely reported then that eight people in Wuhan were lectured by the local police for spreading rumours about pneumonia, which was later regarded as a mistake that resulted in authorities missing an early chance to stop the spread of Covid-19 in Wuhan. Li later died from the disease, and some discussions commemorating him online were eventually censored.

Richard Liu’s JD.com to become China’s first e-commerce company with its own airline

AI supported unmanned vehicles expected to go to the moon:…