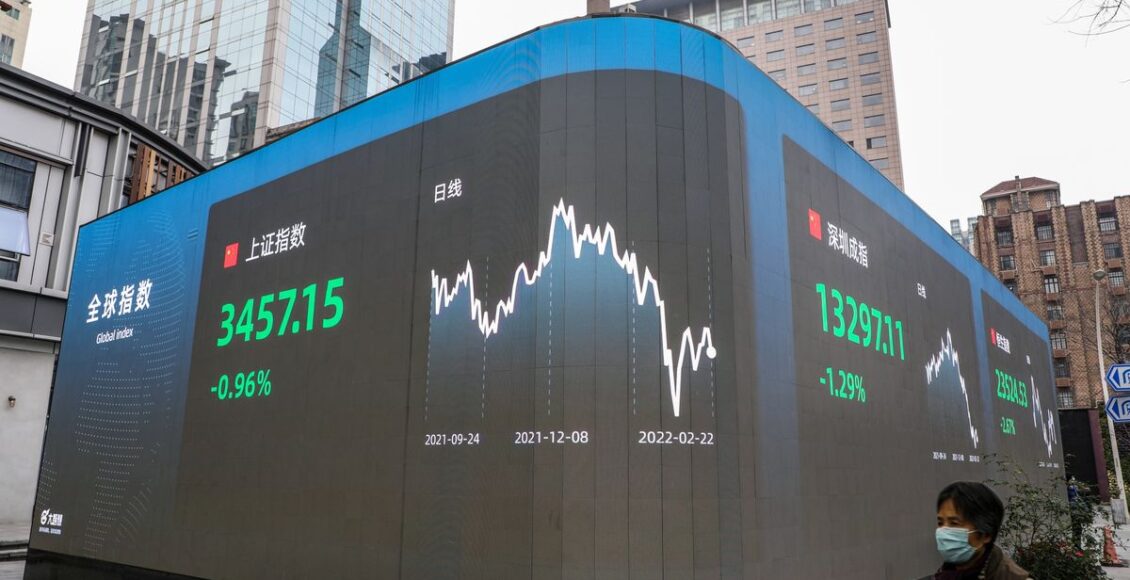 Chinese investors are giving a cold shoulder to domestic stock funds after the world’s second-largest share market suffered its worst start to the year since 2008.

Newly launched, equities-focused mutual funds raked in a combined 144.6 billion yuan ($21.5 billion) between January and April, the lowest amount for the period in three years, according to data from consulting firm Z-Ben Advisors Ltd. Sales in April slumped to the least since August 2019.

The dismal numbers added to evidence of the low morale among Chinese investors, after the benchmark CSI 300 Index became one of the world’s worst performers amid concerns about the impact of strict Covid lockdowns in the country. A slew of recent data painted a bleak picture for the Chinese economy, ranging from weakening manufacturing activity to slowing export growth. 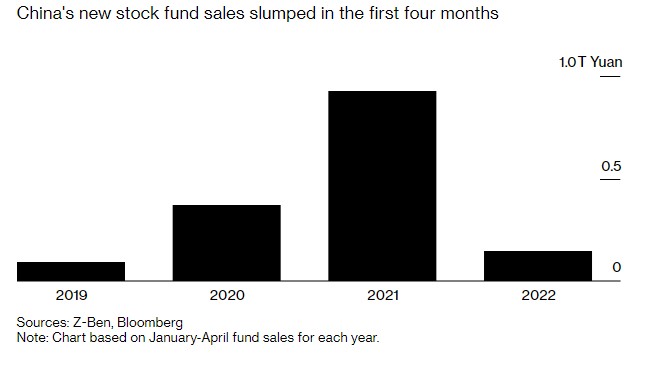 “Investors’ enthusiasm and interest has waned due to a lack of wealth effect in the market,” said Liu Yiqian, an analyst at Shanghai Securities Co. “I’d expect new fund sales to remain subdued in the near term as we don’t see enough signs of a recovery in the market yet.”

Even some of the nation’s most renowned fund managers are losing their appeal. Dong Chengfei, who left Aegon-Industrial Fund Management Co. earlier this year for a private fund, attracted only about 700 million yuan for his new products on the first day of sale Monday, local media reported. Dong managed over 60 billion yuan for Aegon-Industrial at one point and generated a return of about 320% on a signature fund during his tenure, according to data compiled by Bloomberg.

The mutual fund industry’s disappointing sales performance is in stark contrast to the fervor it enjoyed last year, when product launches by star stock pickers easily bagged tens of billions of dollars from investors.

China Put Can Be Game Changer for Stock Market After Global…