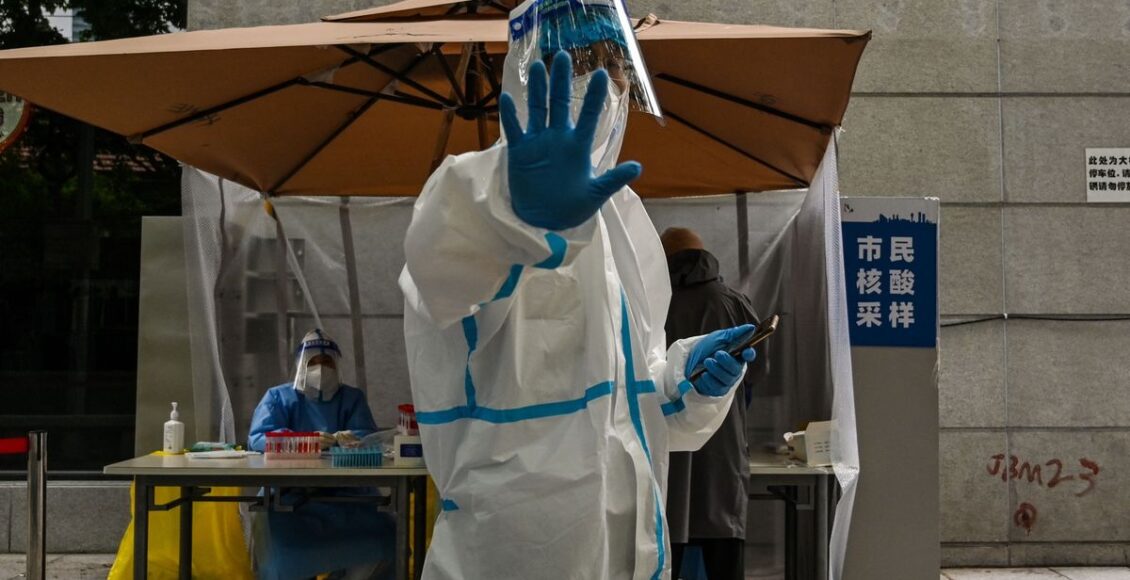 China’s Covid-zero strategy is set to stay in place for the rest of the year, intensifying the world’s supply-chain woes and challenging efforts by central bankers to rein in inflation that’s running at multi-decade highs.

While there are signs that China’s Covid outbreak is waning and some of the strictest controls are being rolled back, the takeaway from the latest MLIV Pulse survey was that a majority of 540 participants projecting Beijing will stand firm on the severe lockdown polices. The measures have disrupted the supply of everything from Adidas sneakers and Rolls-Royce cars to Nvidia computer chips.

With millions of Chinese residents holed up in their homes, the world’s second-largest economy is at risk like never before. It’s no wonder the lion’s share of respondents in the weekly poll reckon stocks in the around $17 trillion economy will keep underperforming, with readers in Asia and the US notably more bearish than those in Europe.

“We are in a period of maximum uncertainty vis-a-vis China with the ongoing lockdowns,” Ben Powell, Asia-Pacific chief investment strategist at BlackRock Investment Institute, said on Bloomberg Television. “It has important spillover impact for the global economy, potentially exacerbating the already troublesome supply-side situation.”

The good news? MLIV respondents may yet increase their exposure to the nation, while optimism is running high that Trump-era tariffs will be removed and Beijing’s disruptive clampdown on technology firms is coming to an end. 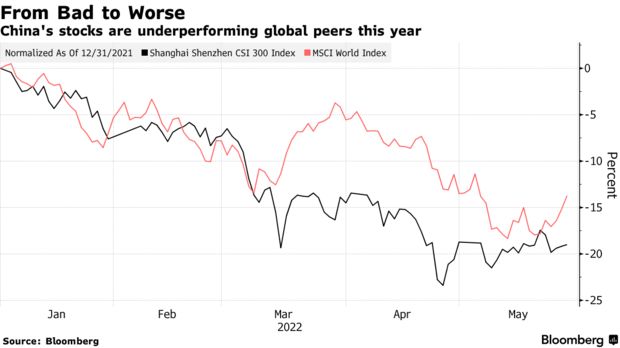 Minutes from the most recent Federal Reserve meeting published last week showed monetary officials worry that China risks adding to US price growth. Analysts surveyed by Bloomberg project China’s economy to expand around 4.5% this year, below the government’s target of about 5.5%, while Bloomberg Economics sees just 2%.

Overall just one-in-three respondents and around one in four from Asia say China’s leaders — who are laying the groundwork for the ruling party Congress later this year — will explicitly back away from the Covid-zero stance. The zero-tolerance attitude involves intrusive lockdowns, mass testing and strict border quarantines. All that suggest more supply-chain disruptions, which have rocked Corporate America from Tesla Inc. to Apple Inc.

Will China End Zero-Covid This Year?

With the government doling out aggressive stimulus measures, MLIV respondents, which include portfolio managers and retail investors, are largely divided on whether the nation will add to the global economic expansion. Meanwhile, more than half of respondents, and over two thirds of portfolio managers, said they expected to increase their exposure to the nation over the next 12 months.

At the same time, 56% of respondents expect that the Shanghai Shenzhen CSI 300 Index — down almost 20% this year — will close out 2022 with a loss. The majority of readers also project the gauge will lag the MSCI World Index, which tracks major stocks in developed markets, with bearish sentiment running high among those based in the US.

That comes even though the case can be made that negative news is in the price. The CSI 300 is already trading at 12.6 times the earnings projected by analysts, a 30% discount to the valuation of the S&P 500 Index. And arguably, foreign investors are structurally underinvested, holding just about 5% of Chinese stocks and 4% of bonds.

On Friday, the People’s Bank of China announced that it will allow foreign institutional investors to trade bonds on its exchange market in its latest step to attract more capital inflows.

Will Chinese Stocks Outperform for the Rest of 2022?

North Americans are the least optimistic that they will

MLIV respondents, meanwhile, are evenly split on whether the yuan is more likely to strengthen back to 6.5 per dollar or retreat to around 7, versus about 6.7 at the Friday close. With implied volatility on yuan options rising this month to the highest since March 2020, all that suggests the prospect of elevated currency swings ahead is very real.

On the positive side, poll respondents are largely united in a belief that there will be a let-up in the clampdown on the tech sector, the crown jewel of China’s New Economy. Some 72% say the government will ease the regulatory noose on the sector, in line with signals from Vice Premier Liu He that the priority is shifting back to supporting the digital economy. 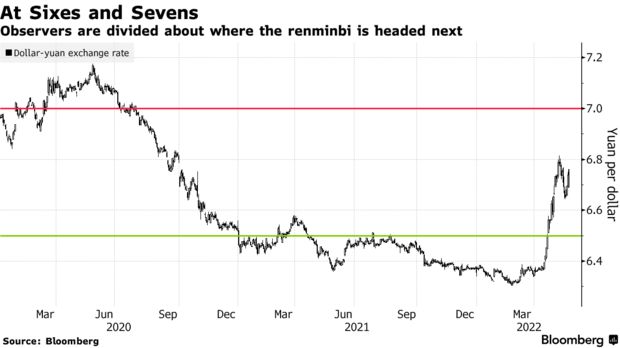 The barriers imposed as part of the US-China trade dispute are one additional area for optimism, with 72% of readers expecting the US government to partially dial back tariff measures introduced under former President Donald Trump.

Yet all that is little consolation in the short-term, when pandemic-related disruptions are depressing consumer demand and the manufacturing cycle like never before.

“The end game has to come from a shift away from zero-Covid,” said David Loevinger, a former China specialist at the US Treasury and now managing director at TCW Group Inc. in Los Angeles. “All the stimulus is not getting traction because credit demand, consumer and business sentiment remain weak.”

Chart of the Day: China Comes Down Hard on 34 Internet…