An intense diplomatic standoff between China and the U.S. and Canada came to an end on Friday, September 24, when an apparent prisoner swap was completed: Huawei CFO Mèng Wǎnzhōu 孟晚舟 was allowed to leave house arrest in Vancouver, and hours later, the former Canadian diplomat Michael Kovrig and entrepreneur Michael Spavor were released from prison in China. 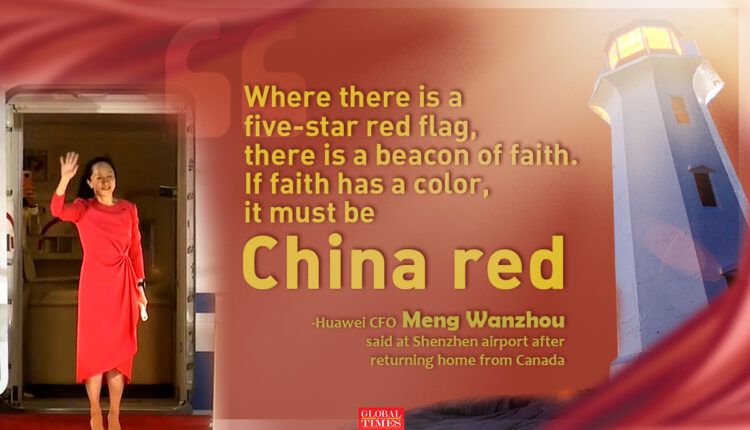 Meng given hero’s welcome back home

Meng’s return to China was covered live by state TV, while the tallest building in Shenzhen, where her plane landed, “lit up with scrolling slogan ‘Welcome Home, Meng Wanzhou’ across its facade,” per Bloomberg.

Social media lit up in celebration of Meng’s return, reports What’s on Weibo, with the top trending hashtags receiving billions of views. “Many called her a national hero, and hailed her return as a symbol of China’s victory over the West,” per CNN.

Why was Meng released?

Contra Xinhua, the answer might lie partly in legal details: According to two sources cited by the NYT, neither Meng nor the U.S. Justice Department “felt entirely sure they would win the fight over extraditing her,” so there was incentive for both parties to strike a deal.

But politics also could have played a part: A demand to “drop the extradition of Meng Wanzhou” was one of the key points of a “list of wrongdoings” that China gave the U.S. back in July. And though the Biden administration officially holds that the Justice Department deal with Meng was independently arranged, the Wall Street Journal writes that it “demonstrated a little-noticed pragmatic dimension to the relationship.”

US$5.8 billion sell-off not the end for China’s battered…