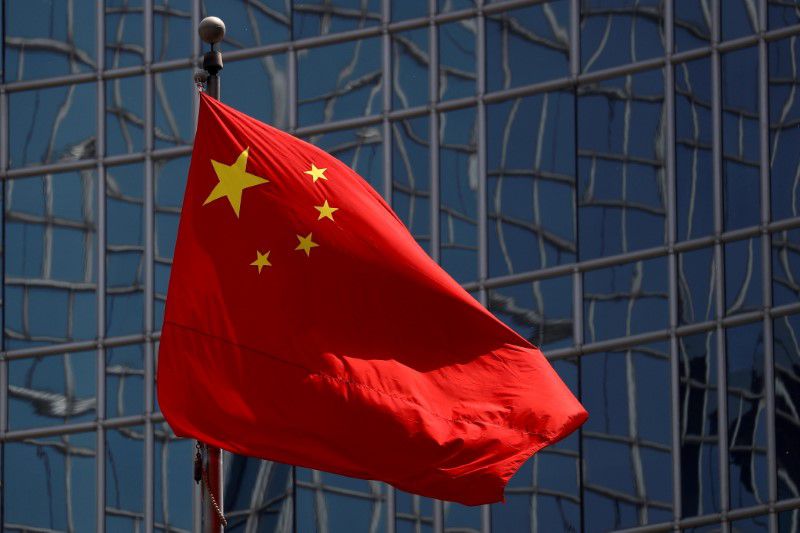 China will extend some personal income tax breaks, with certain measures to benefit high earners more, as the government seeks to encourage household spending as part of efforts to stimulate economic growth.

Preferential taxes on year-end bonuses will stay in place till the end of 2023, lower taxation on equity incentives will continue through 2022 and exemptions on some tax payments will be given to low income earners, according to a State Council statement released Wednesday.

The measures will reduce annual personal income tax by 110 billion yuan ($17.3 billion), the statement said. For a high-end earner with a year-end extra payment of 500,000 yuan, the extended tax break on bonuses could help save about 77,000 yuan, according to a Bloomberg calculation.

The announcement of the extended tax relief measures comes in the lead-up to the Lunar New Year, China’s busiest shopping season. As Chinese policy makers look to reverse a slowdown caused by a worsening property slump, weak consumption and the coronavirus, the tax steps could boost decelerating retail sales growth. 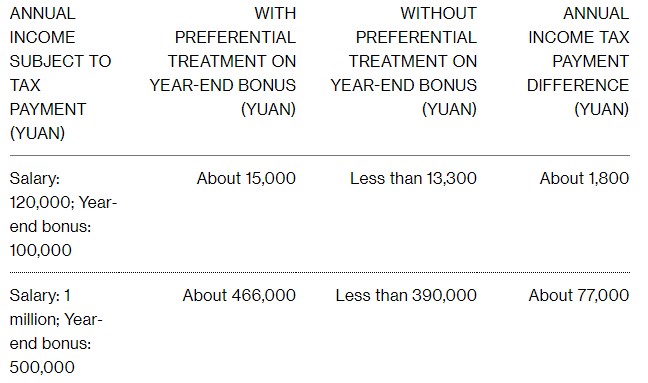 “The Chinese economy still needs policy support and tax cuts are an important stimulus,” said Jiao Ruijin, a member of the Chinese Tax Institute, an organization affiliated with the State Taxation Administration.

China’s top leaders have made ensuring stability their top priority for next year, telling all regions and ministries to share responsibility in achieving that goal. Various ministries have vowed more proactive measures to reverse the slowdown of the economy. The central bank earlier this month trimmed the amount of cash banks must keep in reserve as a stimulus measure.

The latest tax break extensions are also likely intended to improve the morale of high-end talents as the government encourages the growth of high-tech firms, given that the groups with access to equity incentives or hefty year-end bonus are usually people mastering core technology, according to Jiao.

China currently levies tax on salary progressively through seven brackets from 3% to 45% and collects tax on other incomes such as royalties and dividends at different rates.

Under the preferential treatment, the tax on year-end bonuses is calculated separately from salary and wages received in the month and is applied based on the bonus amount divided by 12, resulting in lower payments than if the levy is based on total earnings.

China warns of “drastic measures” if Taiwan provokes on independence