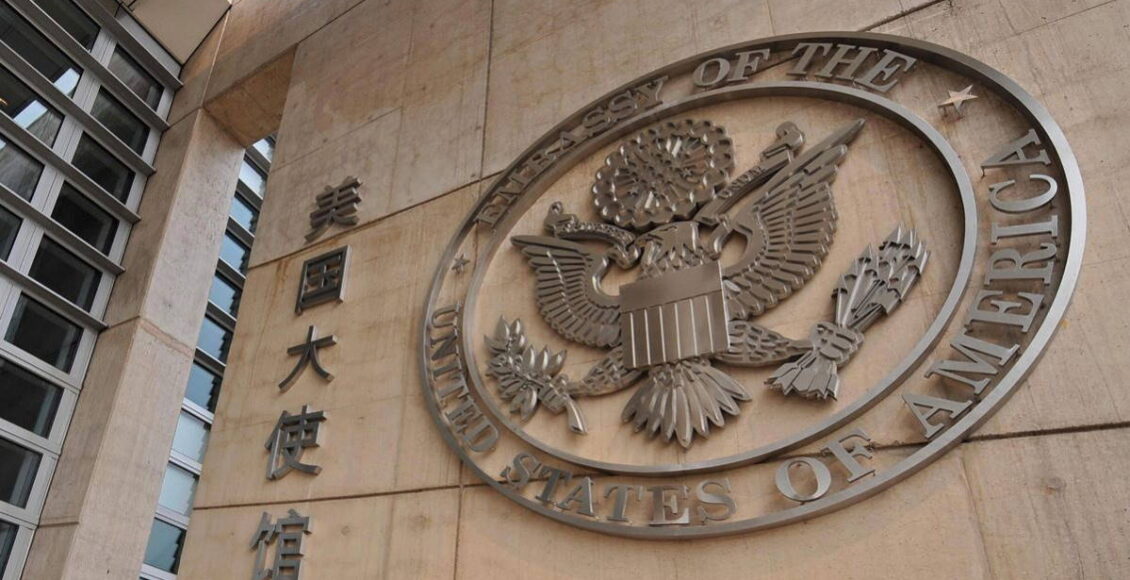 China said a U.S. bid to let its diplomats exit China during the pandemic defied logic, after reports emerged American embassy officials were worried about the country’s tightening epidemic measures.

“We find it difficult to understand the logic behind the U.S. decision, which cannot be justified,” Chinese Foreign Ministry spokesman Zhao Lijian said Wednesday at a regular news briefing in Beijing. China had expressed “concern and dissatisfaction” to the U.S., and hoped the embassy would reconsider the action, he added.

The U.S. diplomatic mission asked the State Department to give diplomats an “authorized departure,” which would allow employees and their families to vacate their posts until they feel safe to return, CNN reported earlier Wednesday citing two people familiar with the matter. The Communist Party’s Global Times newspaper called the move a “dirty trick” designed “to create panic” and slander China’s anti-epidemic efforts as it prepares to host the Winter Olympics next week.

Some diplomats feared that the contagious omicron variant would strain China’s health care system and prompt measures that could separate parents from their children, the network reported citing a U.S. diplomatic source familiar with the discussions. The request had not yet been approved, CNN said, adding that the mission’s internal polling suggested that 10% to 15% of its some 1,000 personnel might leave.

The U.S. and China have been engaged in a bitter tit-for-tat over representation at the Olympics, with President Joe Biden seeking a diplomatic boycott to protest Beijing’s human rights practices. At the same time, China has approved 46 visas for diplomatic staff that the U.S. says are necessary to support athletes and their delegation, the South China Morning Post newspaper has reported.

Thousands of foreign athletes and diplomats are traveling to China for the event taking place in a tightly sealed bubble aimed at shielding the public from Covid. Diplomats attending the Feb. 4 opening ceremony have been told they could face 21 days in quarantine if deemed close contacts of positive cases in the audience, according to a note sent to diplomatic missions seen by Bloomberg News.

China’s Covid Zero strategy of trying to quash all cases has resulted in cities of millions of people being locked down in their homes for long stretches over a handful of cases, sometimes without sufficient access to food or medical care. As the country battles multiple outbreaks such tactics have become more widespread. Analysts for Goldman Sachs Group Inc. have predicted that China will maintain its approach to stamping out cases through all of this year.

Zhao said China was one of the safest places in the world to be during the pandemic.

“China’s epidemic prevention and control measures are stringent, thorough and science based,” he said. “Our strategy has proved to be effective and has protected the health of foreigners in China.”