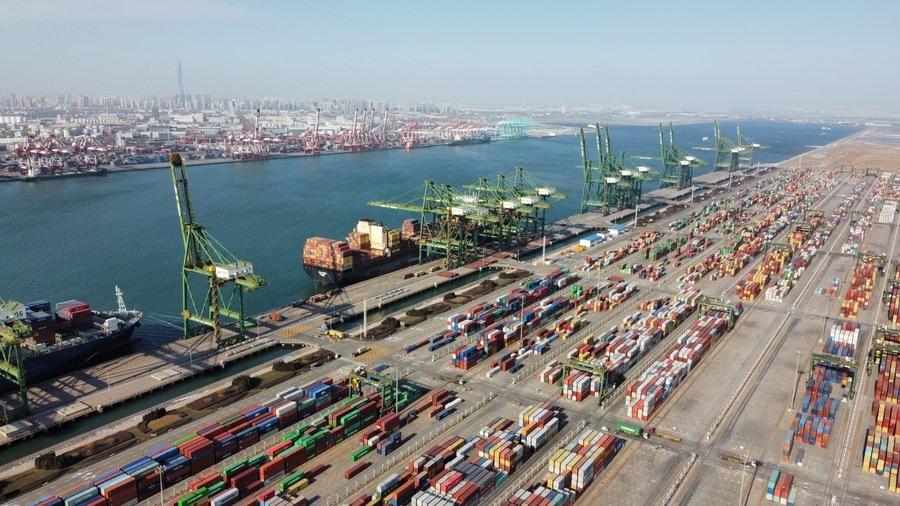 China is confident that it has both the conditions and capabilities to ensure the economy keeps running within an appropriate range despite the headwinds, an official with the country’s top economic planner told Xinhua in a recent interview.

Ning, who is also head of the NBS, said China has maintained a leading position globally in coordinating epidemic control and economic development, which underpins its long-term stable economic growth.

A complete industrial system, abundant human resources and the world’s largest middle-income group of over 400 million people also provide the country with comparative advantages, he said.

“China has sufficient policy space to stabilize economic growth,” said Ning, adding that the country has a clear-cut policy toolbox for economic development in 2022.

Ning noted that China will continue implementing proactive fiscal policies and prudent monetary policies, as well as making good use of investment and consumption policy tools for steady economic growth next year.

A string of measures will be taken to propel reform and opening-up, such as promoting market-based allocation of factors of production, deepening the mixed-ownership reform and shortening the negative list for foreign investment, said Ning.

Efforts will also be made to smoothen the national economic cycle, improve the core competitiveness of the manufacturing sector and boost regional coordinated development, he said.

Ning highlighted that the intensity of fiscal expenditure should be ensured and spending progress should be accelerated, adding that the timing, extent and efficiency of policy implementation is also a concern.

“Cross-cycle adjustment should be coordinated with counter-cycle adjustment,” said Ning, explaining that it is conducive to avoiding drastic economic fluctuations and making macro-control more effective.

China will focus on stabilizing the economy and making unremitting progress on promoting high-quality development, he said.