China Auto Sales on Fast Track: Will it Hit a Speed Bump? 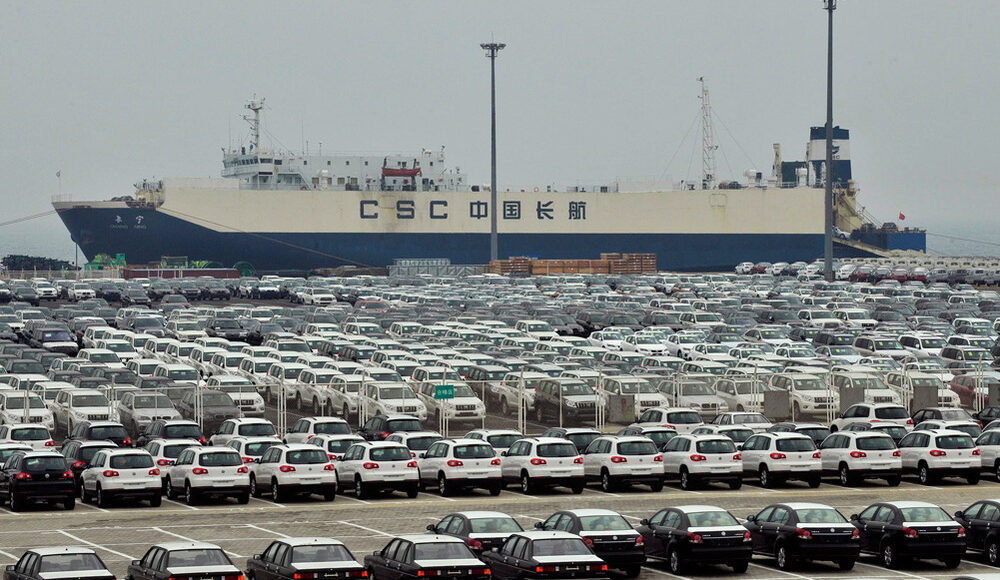 Vehicle sales in China for the month of March soared for the 12th straight month to 2.53 million units, per the China Association of Automobile Manufacturers (“CAAM”). Sales spiked 75% from the corresponding period of 2020, when the country’s vehicle demand was badly hit by coronavirus woes.

For the first quarter of 2021, sales surged 76% year over year to top 6.48 million units. The massive jump was due to lower severity of COVID-19 impacts, which crimped showroom traffic in the comparable year-ago quarter. In fact, automakers in China suffered their bleakest ever quarter in the January-March 2020 period. However, thanks to supportive government policies, gradual reopening of economic activities and pent-up vehicle demand, China is now at the forefront of global auto market recovery.

New light vehicle deliveries in first-quarter 2021 climbed 75% from the comparable year-ago period to 5.08 million units. Sales of commercial vehicles and EVs spiked 77% and 280% to 1.41 million units and 515,000 units, respectively, on a year-over-year basis.

Demand for new energy vehicles (NEVs) has been on the rise amid climate change concerns and favorable government policies. Importantly, the country projects electric vehicles (EVs) to account for 25% of new car sales by 2025. Last April, the government of China announced plans to extend subsidies and tax breaks for NEVs such as electric or plug-in hybrid cars for another two years to spur sales. Buoyed by favorable government policies and improving consumer confidence and economy, China — world’s largest EV market — is seeing solid sales of zero-emission vehicles.

Overall vehicle sales by Ford and General Motors in China witnessed a year-over-year rally of 73% and 69%, respectively, for first-quarter 2021. General Motors is speeding up the development of advanced technologies in China to enable an all-electric future. The company’s next-generation EVs (across all brands) in China will be powered by Ultium Drive. It should be noted that the Cadillac LYRIQ SUV would be the first Ultium-powered vehicle to be rolled out in China at Auto Shanghai 2021 later this month. Importantly, Sales of Hong Guang mini-EV — under General Motors’ Wuling brand — exceeded 72,000 units in first-quarter 2021, retaining its position as the best-selling green vehicle in the country. Meanwhile, Ford is set to manufacture its electric Mustang Mach-E in China with its joint venture Changan Ford.

Amid soaring demand, competition is heating up in the China EV market. Even with the subsidies ending in 2022, the e-mobility battle in China is getting fiercer by the day with new upstarts, legacy automakers and tech titans foraying into the space.

A few days back, China’s leading smartphone maker Xiaomi announced that it is set to invest $10 billion in the development of EVs over the next 10 years. The company intends to establish a wholly-owned subsidiary with an initial investment of around $1.5 billion. Ride-hailing platform Didi Chuxing has also launched an EV unit and collaborated with BYD to develop EVs designed for its services. Telecom equipment giant Huawei Technology also aims to launch electric cars under its brand and may roll out a couple of models this year. Search engine behemoth Baidu also announced plans to launch an electric car business in January.

While China’s vehicle sales have rebounded quite strongly, will the recovery sustain amid the global chip crunch? Well, CAAM has already warned that the chip shortage is set to adversely impact auto production in the nation in second-quarter 2021. The agency does not expect the shortfall to ease until the fourth quarter of this year.

Although China is the largest auto market, it depends heavily on chip imports and is the largest buyer of semiconductors. Amid the chip shortfall, carmakers are scrambling to procure semiconductors, which are forcing them to undergo production cuts and idle factories. NIO shuttered operations for five days beginning Mar 29 due to microchip shortfall. Volvo Cars, owned by Geely Holdings, also halted production last month. In the absence of a quick solution to this chip problem, auto industry recovery in China may soon be losing steam.

JD.com Has A Bright Future As More Than Just An E-Commerce Company

SEC Moves a Step Closer to Delisting Chinese Companies in…