On April 13, e-commerce giants including JD.com Inc, Vipshop Holdings Ltd. and Pinduoduo Inc., and search engines including Baidu Inc. and Sogou Inc. were summoned to a meeting with authorities, who delivered a dressing down of the companies and issued corrective orders. Video sharing platforms including TikTok operator ByteDance Ltd. and Kuaishou Technology, as well as fresh produce delivery platforms MissFresh, Dingdong and others were also warned. 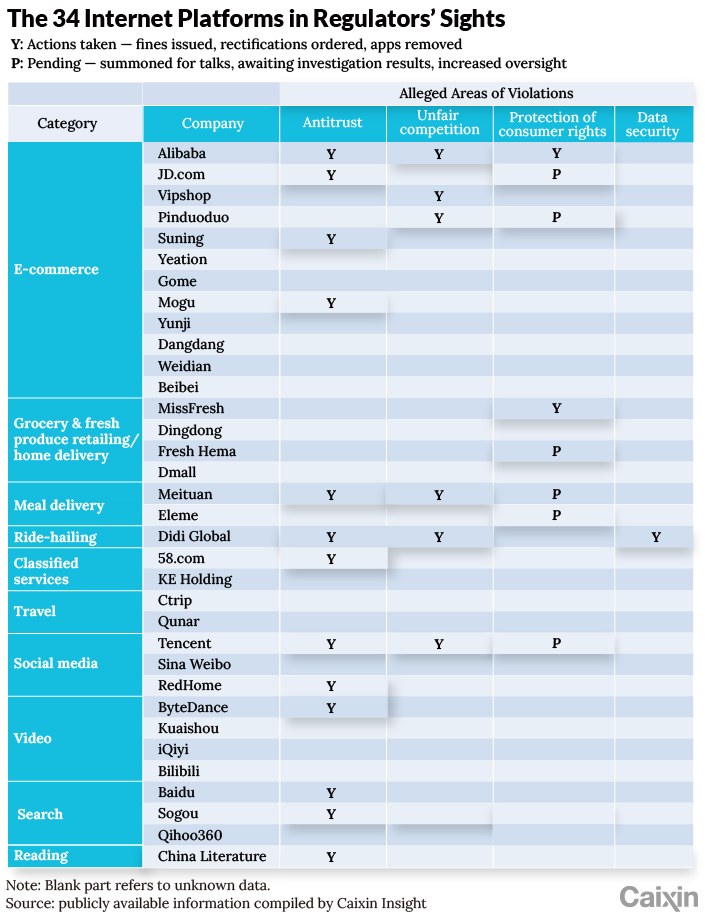 As of August 13, regulators had already taken action against some companies including issuing fines, ordering rectification or pulling the platform’s app from app stores. Others are facing pending regulatory announcements after being summoned to similar meetings, as well as enhanced oversight or investigation.

Areas under scrutiny include anti-trust and unfair competitive behavior, and issues regarding protection of consumer rights and data security.