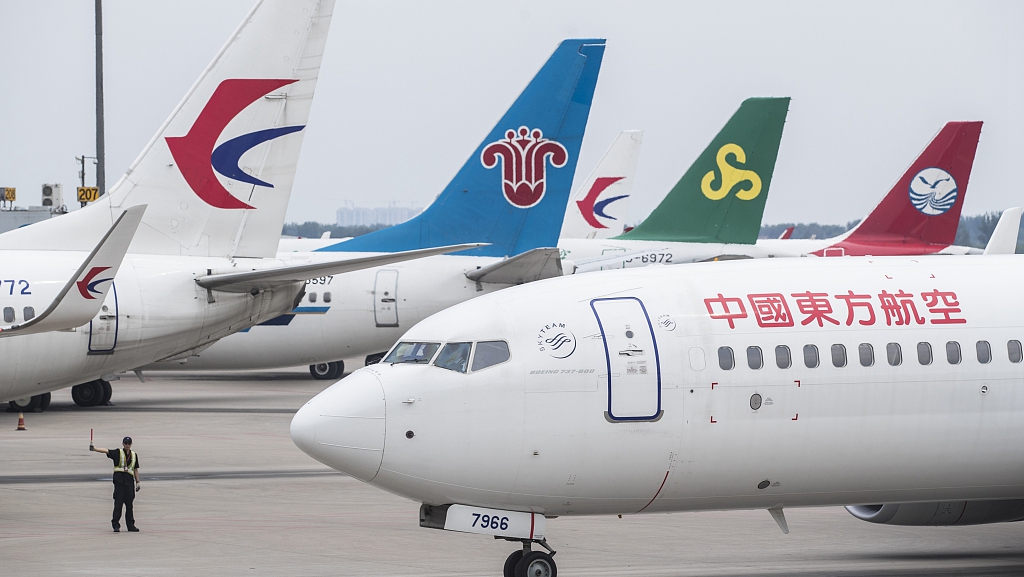 Chinese restrictions to control a spike in COVID infections have severely curtailed cargo operations at several airports and reduced crew availability, forcing airlines to cancel hundreds of flights as the peak shipping season kicks into high gear in a sector already struggling to keep up with high demand.

Logistics professionals say the growing scarcity of long-haul aircraft could push freight rates near $20 per kilogram on certain trade lanes within a few weeks, making air transport five or six times more expensive than normal for the fall rush. The only time shipping costs have been that high was during the early days of the pandemic when the mass grounding of passenger flights took away a vast amount of cargo space.

The most current data from logistics providers and risk intelligence analysts shows that 531 flights, or 43% of the daily total, were canceled from Beijing and that airlines scrubbed 408 flights, a third of the daily total, at Shanghai Pudong International Airport, as of Aug. 6. Two-thirds of the flights were canceled in Xiamen. And Sunan Shuofang International Airport, which serves the cities of Wuxi and Suzhou in southern Jiangsu province, is not accepting import cargo.

“You’re taking a few thousand tons a week of capacity out of an already very tight market, so that is going to have a subsequent impact on rates. They’ve gone up in the past several days as a lot of these decisions have been made. And I suspect we’re going to be in super peak market conditions here in the coming days,” said Neel Jones Shah, executive vice president and global head of airfreight at Flexport, in a phone interview. 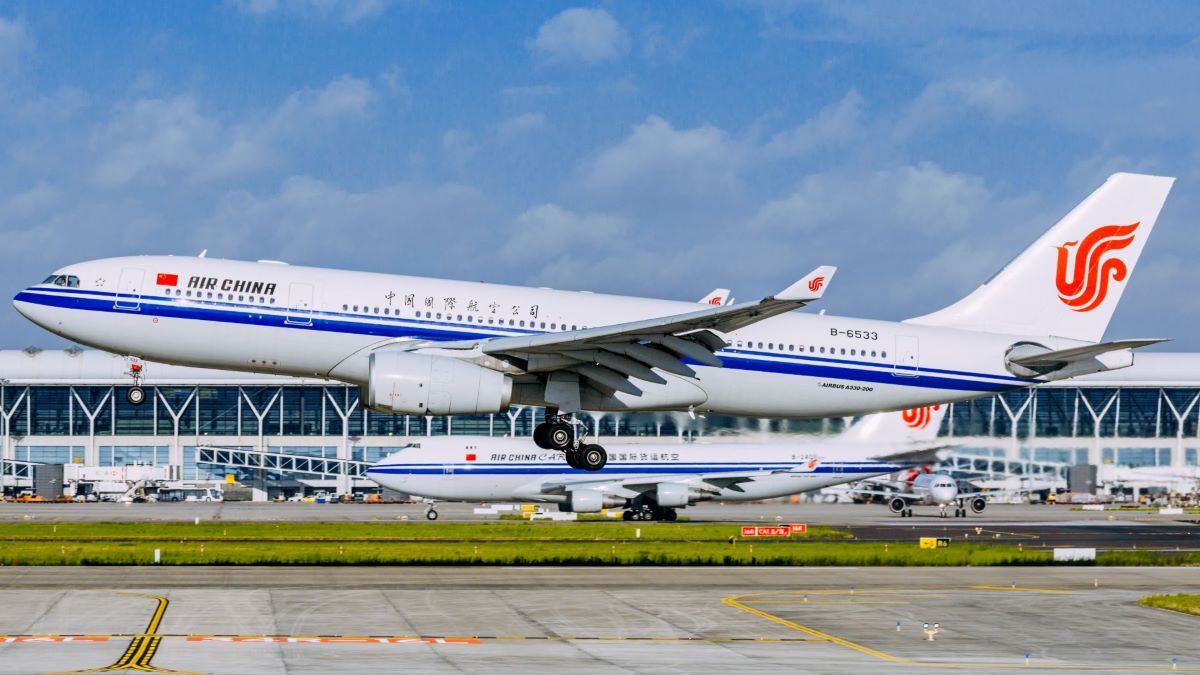 The mass cancellation of cargo flights in China is the latest in a series of supply chain disruptions this year that include a large container ship getting stuck in the Suez Canal for six days, a partial COVID lockdown of the Yantian terminal in the Port of Shenzhen for nearly a month and spun off shipping delays around the world, and wildfires in British Columbia that halted intermodal rail traffic to and from the Port of Vancouver.

China recently recorded its highest number of COVID cases since the start of the outbreak in Wuhan last year as the delta variant starts to take hold. The outbreak has been traced to nine airport cleaners at Nanjing Lukou International Airport who tested positive during a routine test last month.

Case counts are climbing near 100, a small number compared to the thousands of daily infections in the U.S., but Chinese authorities are extremely aggressive in trying to stamp out the virus. Lockdowns, quarantine measures and travel restrictions have disrupted manufacturing and logistics operations. On Wednesday, officials at the Port of Ningbo closed down gate and vessel operations in one terminal after a worker tested positive for COVID.

Authorities were scheduled to lift a 12-day flight suspension at Nanjing airport on Wednesday after an extensive disinfecting campaign while the status of Yangzhou Taizhou International Airport in Jiangsu province, closed since July 31, remains unclear, according to an Everstream Analytics report.

In the air cargo environment, the public health measures have had a dual impact: reducing the supply of labor to handle cargo at airports and to fly aircraft. Everstream Analytics, which uses predictive algorithms to determine supply chain risk, said air cargo operations, including pickup and delivery, have been disrupted at 15 airports in China.

That has put more than half the workforce out of action, limiting the ability to consolidate and break down cargo, and load and unload planes. The extra time on the ramp puts all-cargo airlines in a jam because pilots are running up against fatigue rules limiting the permissible amount of on-duty time. Airlines are changing crews in Tokyo and Seoul, South Korea, to avoid aggressive Chinese requirements that pilots quarantine for 14 days if they leave the airport for rest, which would quickly reduce the pilot pool and the number of flights they could operate.

Airlines have adjusted to the new conditions in several ways, including leaving without emptying inbound loads so crews don’t get stuck in China and canceling flights.

Flexport, an international freight management company based in San Francisco, has embargoed freight from the U.S. to Shanghai flying on its own dedicated freighters operated by Atlas Air to minimize the risk of export cargo not being loaded in time, Jones Shah said.

“My number one priority is to be full out of China because we’re sitting on a lot of cargo,” the veteran air cargo executive said.

Meanwhile, Chinese carriers, including Air China, have canceled almost all cargo-only passenger flights to the U.S. because of the new quarantine measures covering China-domiciled pilots so they have enough crews to operate their pure freighters.

China Eastern Airlines has suspended passenger freighters, used for dedicated cargo customers during the hiatus in air travel, until September, it said in a notice. China Southern also suspended auxiliary freighters to the U.S. through August and canceled 25% of its European and U.S. freighter flights, according to a market update from Hong Kong-based Hippo Logistics.

Other passenger and cargo airlines that have canceled flights, according to information provided by AIT Worldwide Logistics in Itasca, Illinois, include:

Total international cancellations equate to about a 30% cut in capacity, according to AIT Worldwide.

Logistics experts say rates are likely to skyrocket because the service cutbacks are hitting at the same time demand to move seasonal holiday goods increases and many businesses turn to air because of massive backlogs in ocean shipping.

Jones Shah said spot rates for air cargo from China to the U.S. and Europe have jumped 10% in the past few days. Several purchasers of freight transportation said prices are likely to quickly move beyond $10 per kilogram, depending on the destination, from the traditional peak season range of $3.30 to $4.

“I would not be surprised if we see rates climb past $13.00/kilogram, possibly even hit $20.00/kilogram if demand does not decline,” said James Constantinidis, director of airfreight at United World Line. “It is likely there will be delays getting freight on board aircraft, with possible rolled bookings” and customers paying premiums for faster service.

UWL officials said they have postponed a planned announcement of direct airfreight service from Shanghai to Chicago O’Hare airport via a block space agreement with an airline because of the uncertainty surrounding COVID-related flight cancellations.

The upper end of the price spike could be sequenced around Apple product launches, which typically soak up large numbers of freighters for dedicated flights, said Ryan Carter, vice president, Americas operations, at AIT Worldwide.

Another constraint on trade began this month when the U.S. Department of Transportation on Aug. 1 reinstated a 150-flight annual quota on charter flights from China’s two primary economic zones. The charter limits were waived in 2020 to help with critical shipments of medical equipment and other supplies to combat COVID. Charter applications are placed in a pool for distribution on a first-come, first-served basis. The restrictions don’t apply to scheduled freighter activity.

Hotel Operator GreenTree Getting Ready To Check Out Of New York?