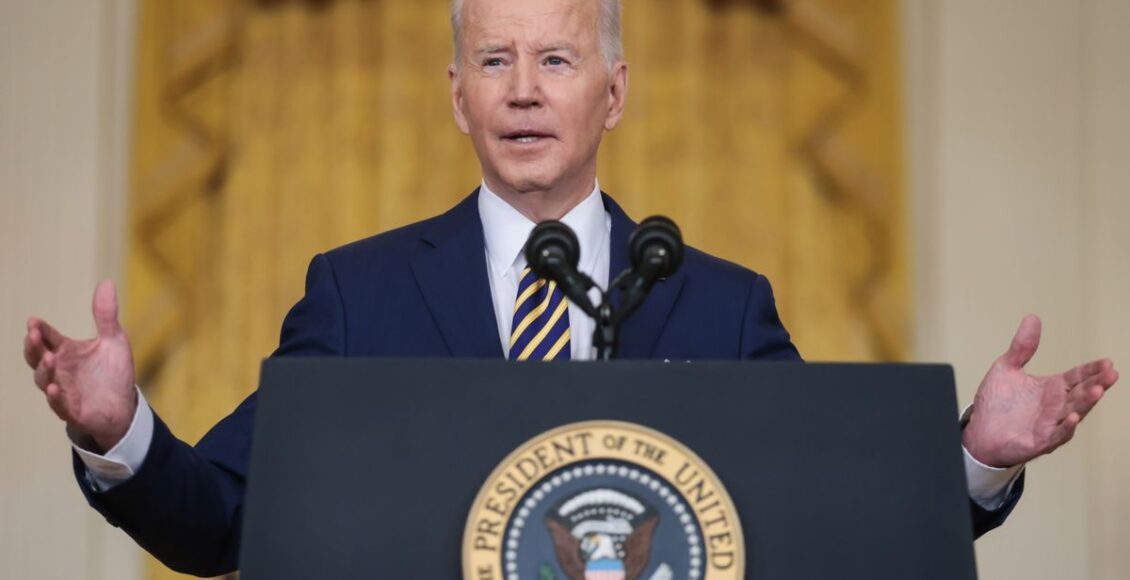 President Joe Biden said that he’s not ready to lift tariffs his predecessor imposed on Chinese imports, despite calls from U.S. businesses to relieve the duties.

U.S. Trade Representative Katherine Tai is “working on that right now,” Biden said at a news conference Wednesday marking his first year in office. But “the answer is uncertain,” he added.

Data point to China having posted a record trade surplus with the U.S. in 2021, thanks in large part to Americans’ pandemic-stoked appetite for Chinese-made goods, from home electronics to bicycles.

But Biden’s promised new China strategy, set to be unveiled late last year, has been delayed, and so far he’s largely kept in place policies from the Trump administration while calling out Chinese leaders over abuses in Hong Kong and against ethnic Muslims in the Xinjiang region.

Place your bets on Chinese stocks to beat global peers in the next six months on policy divergence, BCA Research says

U.S. House to take up bill next week on China competition,…