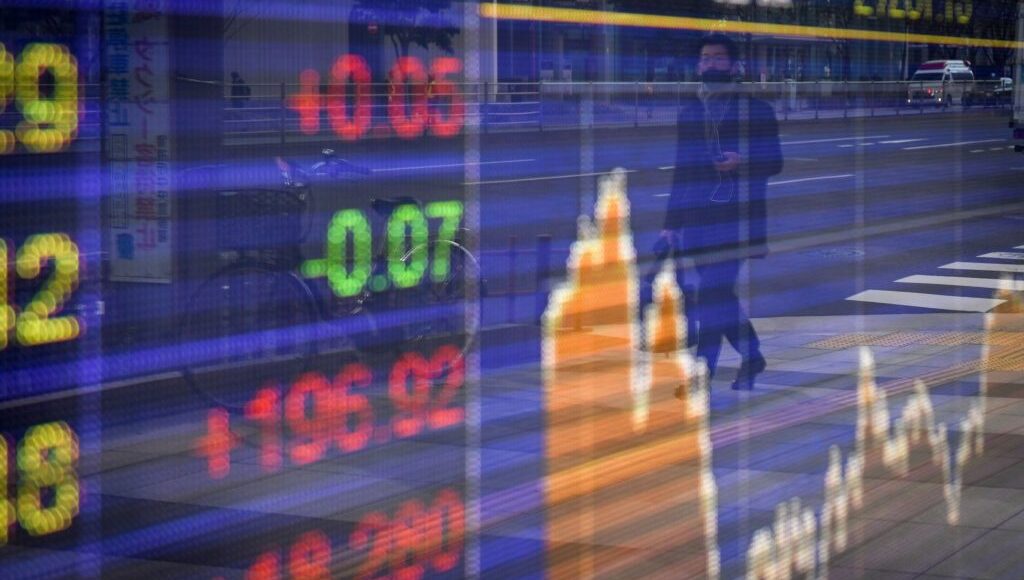 Asian stocks followed their U.S. peers lower as traders weighed the economic threat of virus restrictions against optimism about the efficacy of vaccines.

Equity markets saw modest losses across the region. U.S. futures rose after benchmarks ended a three-day rally amid losses in the consumer discretionary and real estate sectors. Treasuries were little changed, with a lackluster sale of 30-year bonds paring gains on Thursday. Oil was steady around $71 per barrel and Bitcoin edged higher. The dollar held overnight gains.

Chinese markets are in focus after China Evergrande Group and Kaisa Group Holdings Ltd. officially defaulted on their dollar debt. Evergrande shares fell about 2%. Kaisa’s shares, which are traded in Hong Kong, were suspended.

Investors are mulling the cost to contain the omicron strain amid mounting concern it will crimp the economic rebound. A study has found omicron is 4.2 times more transmissible than the delta variant in its early stages.

“Ultimately the issue from a health perspective is that even if Omicron does prove to be less severe – which the initial indications so far have pointed to – a rise in transmissibility could offset that,” said a team of Deutsche Bank strategists including Jim Reid. That could mean that more people are in the hospital, “even if a lower proportion of them are severely affected.”

Meanwhile, the global equity rally faces further potential road bumps ahead from U.S. consumer inflation numbers on Friday and a Federal Reserve meeting next week that may provide clues on the pace of tapering and interest rate increases.

“Various FOMC participants, including Chair Powell, have signaled a hawkish shift in their policy stance, catalyzed by increasing discomfort with elevated inflation against a backdrop of robust growth and ongoing strengthening in labor markets conditions,” Morgan Stanley economists and strategists including Ellen Zentner, wrote in a note Thursday. “We revise our Fed call and now expect the FOMC to begin raising rates in Sept. 2022 – two quarters earlier than our prior forecast.”

The dollar was flat. It rose Thursday after a report showed applications for U.S. state unemployment benefits declined to the lowest level since 1969. However, economists flagged difficulties in seasonal adjustments to arrive at that figure.

Some of the main moves in markets as of 1 p.m. in Tokyo: