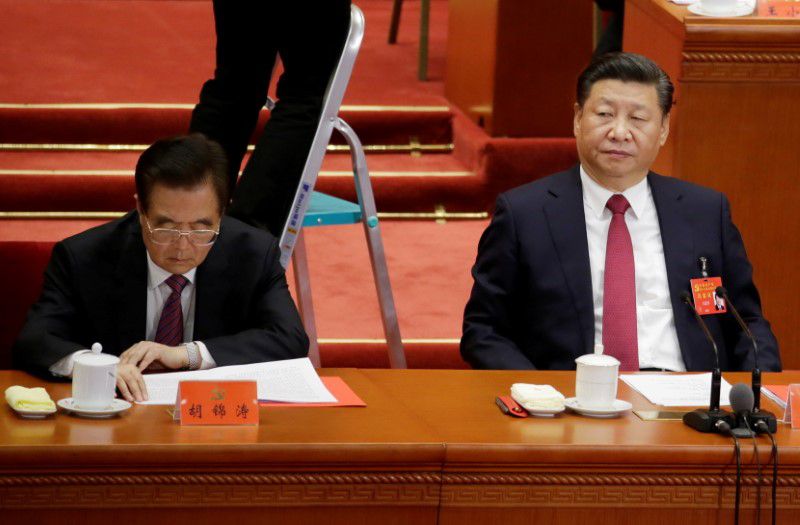 The regulatory storm that washed billions from Chinese corporate valuations in the name of curbing excesses exposes not only the policy risk under President Xi Jinping’s increasingly activist tenure, but also the uncertainty over implementation.

Xi’s campaign to clamp down on industries ranging from internet platforms and bitcoin to ride-hailing giant Didi Global and tutoring marks a historic shift as he prioritises broad-based prosperity over the all-out growth pursued for decades by China.

The furious pace of new rules and regulations, and the blunt and sometimes unpredictable force with which they are being implemented in the world’s second-biggest economy have roiled companies and markets. Investors should brace for more, analysts say.

“The difference is that campaigns under previous leaders were not nearly so effective,” said Richard McGregor, senior fellow at the Lowy Institute in Sydney and author of a prominent book on China’s ruling Communist Party. “Xi, however, is far more powerful. When he launches a campaign, it is implemented zealously by officials, and the fallout is global.”

A popular saying when Xi’s predecessor Hu Jintao was in power was: “Policies do not go beyond Zhongnanhai,” the leadership compound in central Beijing.

It was quoted in a 2014 People’s Daily commentary that took direct aim at Hu’s comparatively ineffectual reputation, while noting another Chinese saying: “Sunny policies from the centre turn cloudy in the regions, turn rainy in the counties and drown the villagers”.

Xi, by contrast, is widely seen as China’s most powerful leader since Mao Zedong, which analysts say fuels an ardour for implementation and amplification by China’s sprawling bureaucracy. It can also carry a risk of overzealous execution as lower-level officials aim to please their higher-ups.

Last week, jittery investors dumped shares in vaping firms, chemicals makers, growth hormone stocks and distillers as they pored over state media stories and government websites for clues to the next target of government action. That came after a state media story labelling online games “spiritual opium” triggered a sector sell-off, even though no rules had changed.

The crackdown on Didi over data security came just days after its New York share sale, underlining the regulatory uncertainty. The move stunned investors, and several listing hopefuls set aside their plans to go public outside China as they tried to figure out whether they were allowed to do so.

By comparison, the tougher-than-expected rules that have devastated the for-profit tutoring sector include specifics but first came to light in a document that circulated on social media for a day before they were confirmed by state media, sending share prices reeling.

The tutoring clampdown led education authorities in the city of Huangshan last month to raid a high-end villa to catch a teacher in the act of illicit instruction. The National Office Against Pornography and Illegal Publications said a number of local branches in Hubei province had also joined the crusade, which was seen by some online as an insult to the tutoring profession.

Victor Shih, associate professor at the University of California, San Diego, said that the top-down approach has sidelined consultations that took into account input from state-owned enterprises, relevant ministries and experts.

“Today you still have this consultative process, but one gets the sense that it’s a lot faster,” said Shih.

“The flip side of having faster policy making is that there could be big surprises to stakeholders, and that polices may be made without considering the medium-term interests of the stakeholders.”

When China clamped down on bitcoin miners this year, it left provincial governments to take the lead, prompting industry participants in Sichuan, lured there by local incentives to use otherwise-wasted rainy season hydropower, to complain of policy inconsistency.

“Some foreign investors didn’t take China’s legislature seriously. They thought regulations wouldn’t come out any time soon, and even if they come out, they won’t be strictly enforced,” he said.

Fitch Ratings said on Tuesday that China will face growing demands to “sequence and communicate policy shifts in a manner that provides certainty and confidence to commercial stakeholders, while minimising economic disruption.”

“A blunt policy execution and communications strategy could alter the regulatory risk premium that global investors require for investing in Chinese securities,” it said in a note.

Chinese authorities have indicated awareness of the impact of heavy-handed implementation.

Following the sell-off sparked by the ban on for-profit tutoring, the China Securities Regulatory Commission met with executives of global investment banks to try and soothe nerves.

Yuan Yuwei, portfolio manager at Hangzhou-based Water Wisdom Asset Management, said he has been surprised by the speed at which Beijing has reversed course, which contrasts with a record of being slow to adjust for unwanted outcomes.

“Starting in March, there was a big leap forward in carbon reduction, triggering a surge in commodity prices. The mistake has been quickly addressed,” he said.

No exit from zero-COVID: China struggles to find policy off-ramp