In the year 2034, the US and China become embroiled in a series of military conflicts that escalate into a devastating tactical nuclear war. Other countries get involved. Suddenly, the world is on the verge of World War III.

This is the scenario described in 2034: A Novel of the Next World War, an engrossing work of speculative fiction by Nato’s former supreme commander, James Stavridis, and Elliot Ackerman.

The book is part of a growing chorus warning that a clash between the current rising power and the incumbent one is almost unavoidable. Graham Allison of Harvard University has dubbed this phenomenon the Thucydides Trap, recalling the ancient Greek historian’s observation: “It was the rise of Athens and the fear that this instilled in Sparta that made war inevitable.”

Throughout history, when a rising power has challenged a ruling one, war has often been the result. But there are notable exceptions.


Washington’s US$1.8 billion arms sale to Taiwan is first weapons deal of its kind in over 40 years

First and foremost, any military conflict between the two would quickly turn nuclear. Taiwan could easily become this century’s tripwire, just as the Fulda Gap in Germany was during the Cold War.

But the same dynamic of “mutual assured destruction” that limited conflict between the US and the Soviet Union applies to the US and China. The international community would do everything in its power to ensure that a nuclear conflict did not materialise, given that the consequences would be transnational and immediate.

A US-China conflict would almost certainly take the form of a proxy war. We have seen this type of conflict many times before: from Vietnam to Bosnia, the US faced surrogates rather than its principal foe.

Second, historically, China plays a long game. Although Chinese military power has grown dramatically, it will not match the US in conventional means such as aircraft and large ships for decades, if ever.

In thinking about baseline scenarios, therefore, we should give less weight to any scenario in which the Chinese consciously precipitate a military confrontation.

The US military, however, tends to plan for worst-case scenarios and is currently focused on a potential direct conflict with China. 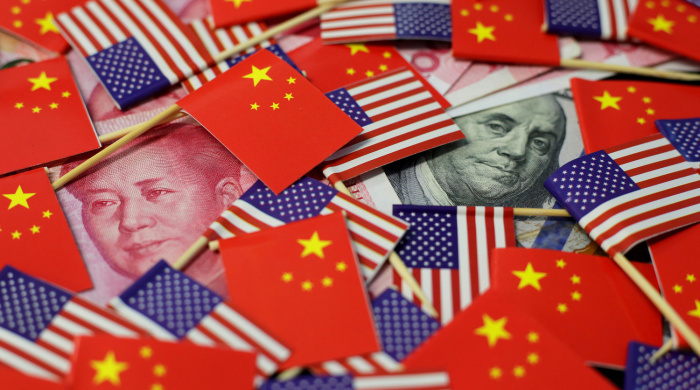 This raises the risk of being blindsided by other threats. Time and again since the Korean war, asymmetric threats have proven the most problematic to national security.

The third reason is that China is already chalking up victories in the global soft-power war. Notwithstanding accusations that Covid-19 escaped from a virology lab in Wuhan, China has emerged from the pandemic looking much better than the US.

And with its Belt and Road Initiative to finance infrastructure development around the world, it has aggressively stepped into the void left by US retrenchment during Donald Trump’s four-year presidency. China’s leaders may very well look at the current status quo and conclude that they are on the right strategic path.

Finally, China and the US are deeply intertwined economically. Despite Trump’s trade war, bilateral trade in 2020 was around US$650 billion, and China was America’s largest trade partner.

The two countries’ supply-chain linkages are vast, and China holds more than US$1 trillion in US Treasuries, most of which it cannot easily unload, lest it reduce their value and incur massive losses.

To be sure, logic can be undermined by a single act and its unintended consequences. Cyber mischief, in particular, could undercut conventional military command-and-control systems, forcing leaders into bad decisions.

And Sino-American economic ties may come to matter less than they used to, especially as China moves from an export-led growth model to one based on domestic consumption.

That is why diplomacy is essential. Each country needs to determine its vital national interests vis-à-vis the other, and both need to consider the same question from the other’s perspective.

For example, it may be hard to accept, but civil rights within China might not be a vital US national interest. By the same token, China should understand the US does indeed have vital interests in Taiwan.

The US and China are destined to clash in many ways. But a direct, interstate war need not be one of them.

Charles C. Krulak, a retired four-star general, is a former commandant of the US Marine Corps and former president of Birmingham-Southern College. Alex Friedman is former chief financial officer of the Bill & Melinda Gates Foundation.

Does ‘common prosperity’ mean the end of capitalism in China?

Here’s the 1 Reason Yum China Is the Restaurant Growth…