Xpeng’s unveils smart robot pony for children, taking it a step closer to its vision of the future of mobility 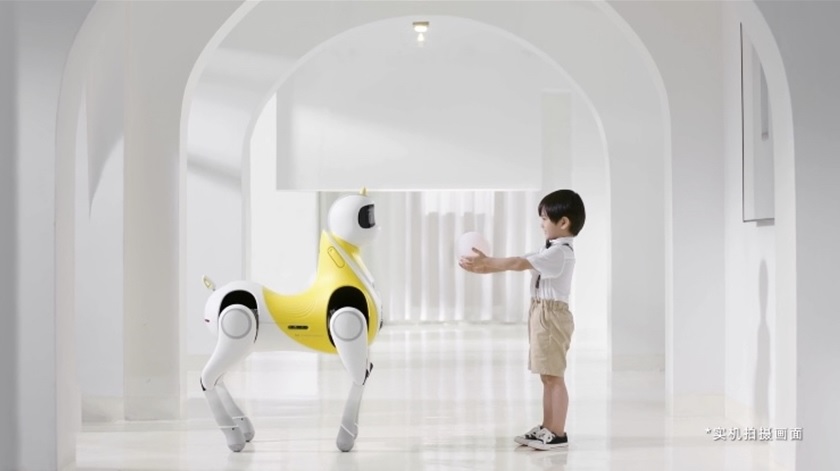 Xpeng Motors on Tuesday gave a sneak peek into its vision of the future of mobility. The Chinese electric-vehicle maker said it plans to release a four-legged robot pony for children, which it hoped would become their first smart vehicle.

The company, listed in New York and Hong Kong, said that Xpeng Robotics, which designed the robot, will also help build a robotic ecosystem based on the start-up’s smart EV business.

“Banking on our capabilities in autonomous driving, voice recognition and smart manufacturing, Xpeng will move into the robotics field by making the most of the technologies we grasp,” He Xiaopeng, co-founder and chief executive of Guangzhou-based Xpeng, said on the microblogging site Weibo on Tuesday. “Our first goal is to churn out a low-speed rideable robotic pony for transport purpose.”

While Xpeng did not display a physical version of the robot pony, it released a video and photos of the toy. The company also did not reveal the dimensions of the product, but the video showed it to be as tall as a small boy.

No timeframe for production and commercialisation of the robot was disclosed either.

The CEO said that Xpeng envisioned its robotic products taking over more housework in the future and interacting with humans at an emotional level. In an interview with the Post in July, He had said that he wanted to create products that meld technology with mobility.

“Robotics is no easy job, but Xpeng has ambitions of creating an ecosystem centred on autonomous driving,” said Cao Hua, a partner at private equity firm Unity Asset Management. “When full autonomous driving is accomplished in the future, quite a few activities such as entertainment and conferencing can be linked with driving. Robocars will become popular.”

Baidu chief executive Robin Li last month revealed his vision for the future of mobility – a prototype robocar, which he said would be more robot than car.

Shenzhen-based Xpeng Robotics, whose scope involves research and development of robotic products, was set up at the end of last year with registered capital of 10 million yuan (US$1.55 million).

The company’s largest shareholder is XPeng CEO He, who owns a 65.1 per cent stake, according to corporate registry data service provider Tianyancha.

He said that thousands of talented workers will be needed for R&D to foster the growth of the start-up.