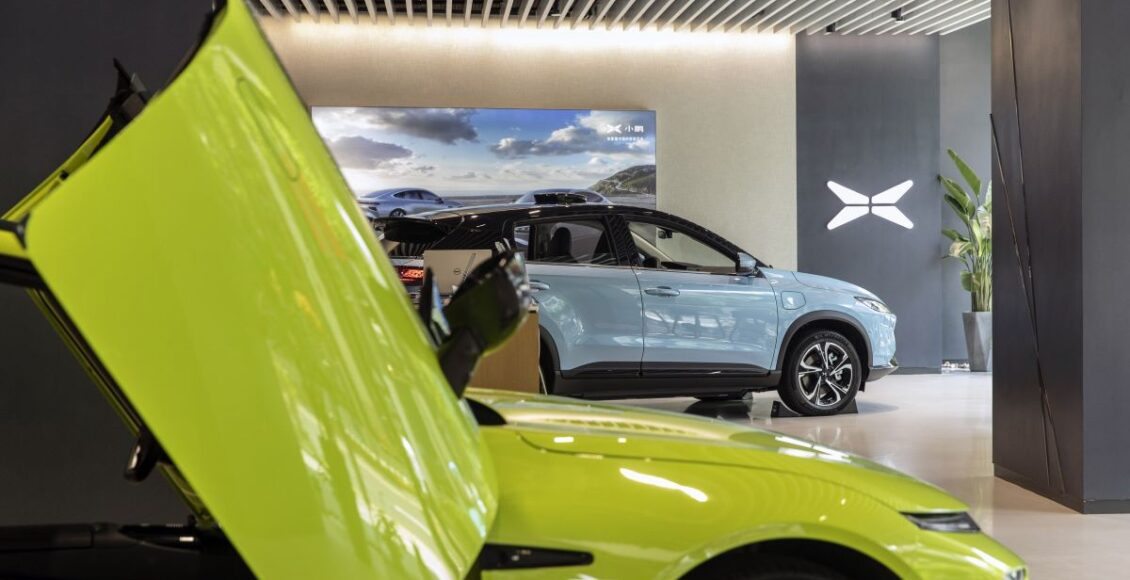 XPeng continues to advance in the Chinese EV race, posting a new monthly record for deliveries and building out infrastructure and international plans ahead of a new model launch. Electric vehicle stocks have been rallying amidst a more favorable backdrop stemming from the progress within the infrastructure deal; XPeng has rallied about 80% since mid-May as optimism has returned to the sector. The company remains well-positioned to contend for a leading title in Chinese EV.

Just like Li Auto, XPeng posted a new monthly delivery record for the month of July, reaching 8,040 units; this put it just shy of Li, but ahead of NIO by just over 100 vehicles. 6,054 of the deliveries were of the P7, the company’s main vehicle, with the G3 reaching nearly 2,000 units. Growth metrics remain blazing hot, the y/y comparisons seen below for both the month and YTD period, as sales jumped +22% m/m. 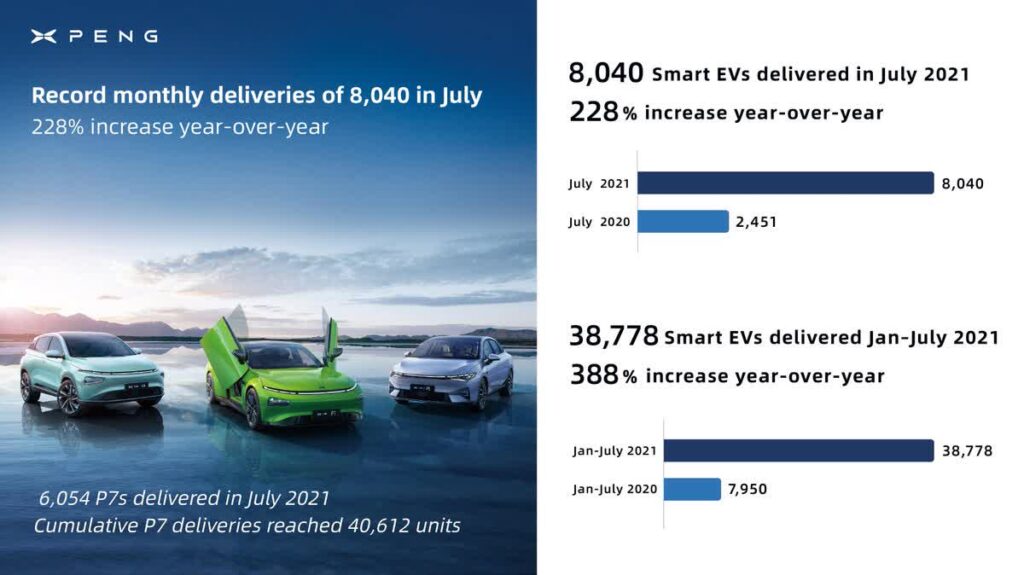 These numbers mark the first full-month of deliveries following XPeng’s one-year anniversary for the first P7 delivery on July 30, 2020. So in the first year of its production in its lifetime, XPeng has already delivered 40,612 units; compared to NIO’s ES8, which did not even hit 20,000 units in its first year (and not even 1,000 in July 2019, the one-year mark), it’s a much stronger starting level for XPeng with a more favorable EV-adoption environment.

40,000 units of one vehicle in its first year of production and over 75,000 units in 2.5 years are no small feat, and attest to the XPeng’s ability to rapidly mass produce vehicles – it took just 188 days to manufacture the first 10,000 units of the G3, and the first 10,000 of the P7 within 160 days. Lucid Group, trading at a mid-$30 billion valuation, almost the same as XPeng’s, is projecting just 20,000 units in its first year and about 70,000 by the 2.5-year mark, so it’s expecting a quicker ramp up in the second year relative to the first. But for XPeng to reach these figures so quickly, and to put the P7 on a platform to reach 75,000 units itself in the next twelve months (assuming 6,000 units per month with some slight growth), the delivery forecast is very positive, especially as new models are added.

XPeng has multiple catalysts ahead that support strong growth within revenues and deliveries. For 2021, XPeng can reach 65,000 to 70,000 deliveries assuming a strong demand environment allows deliveries to grow up to 9,000/mo by Q4, which can drive vehicle revenues to RMB14.8-15.5 billion (US$2.3-2.4 billion). With service revenues near RMB700 million (US$110 million), total revenues are poised for ~180% y/y growth.

Multiple factors can cement this growth: 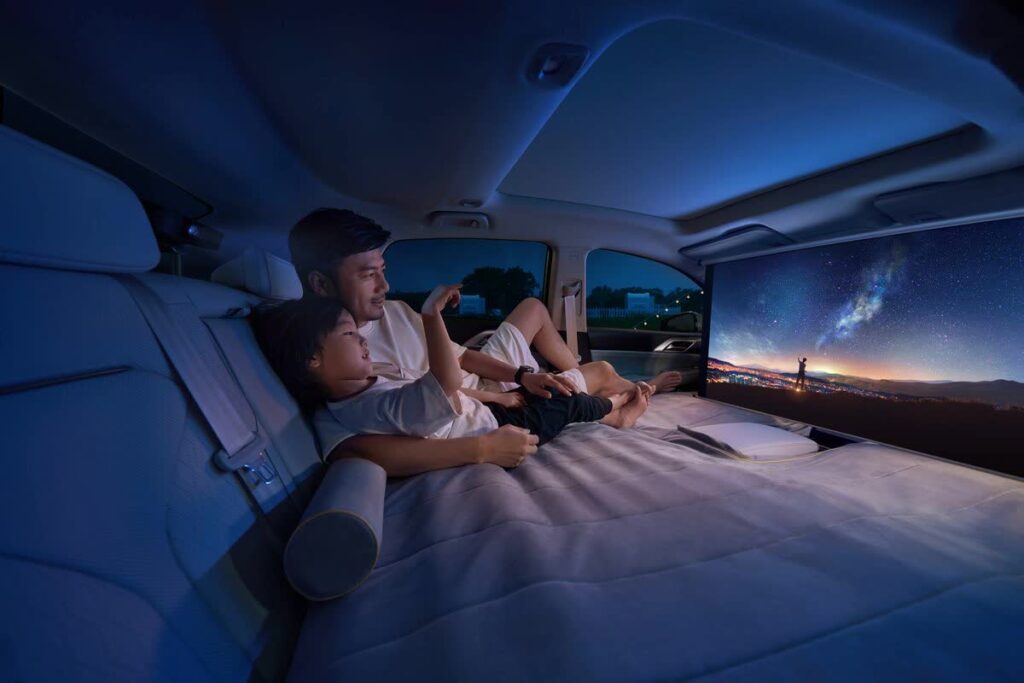 With multiple catalysts for growth, XPeng has what’s shaping up to be a bright future, and is valued accordingly so – it trades at about 6.8x FY22 EV/revenues and 4.4x FY23, a slight discount to NIO’s 7.4x for FY22 and 5.2x for FY23, but a premium to both Li and leading ICE manufacturers shifting into EV. For XPeng, the main risks to this valuation are industry-wide, although it does have a couple company-specific risks. As EV adoption advances, it’s going to face more competition in its segments and will need to keep its vehicle tech at the forefront of the group, which can increase costs; it also is very likely to face more competition in both domestic in international markets in the next few years. Industry-wide risks like those stemming from the chip shortage are still something to be aware of, especially as XPeng is pushing towards higher growth – any impacts to forward growth can hit hard on valuation. For XPeng itself, its focus on R&D to keep advancing tech has led to lower margins than peers, and could face a longer road to profitability. Cybersecurity risks like those that had surfaced with DiDi are on watch, as XPeng was one of hundreds of apps that the Guangdong Communications Authority ordered to amend for those purposes back in January.

XPeng’s growth trajectory remains strong, with the manufacturer expected to grow revenues about 180% y/y for the current fiscal year as deliveries near 70,000 units. A strong August will help to cement that forecast as XPeng comes off of a record month in July. The P7 has reached over 40,000 deliveries in just one-year, attesting to both the high demand for XPeng’s vehicles from a price and technology standpoint as well as its rapid mass-production ability. New models and facelifts are expected within the next quarter, and can boost deliveries. Other catalysts for growth include advancing vehicle technologies, capacity expansion, international expansion, and boasting top-of-the-line ratings. Increasing infrastructure to hundreds of supercharging stations and thousands of free charging stations in its network ease range anxiety. Industry-wide risks stemming mainly from competitive pressures and company-specific risks from weaker margins and government probes could play a hand moving forward; even so, the outlook for XPeng is positive.

Xpeng’s unveils smart robot pony for children, taking it a step closer to its vision…