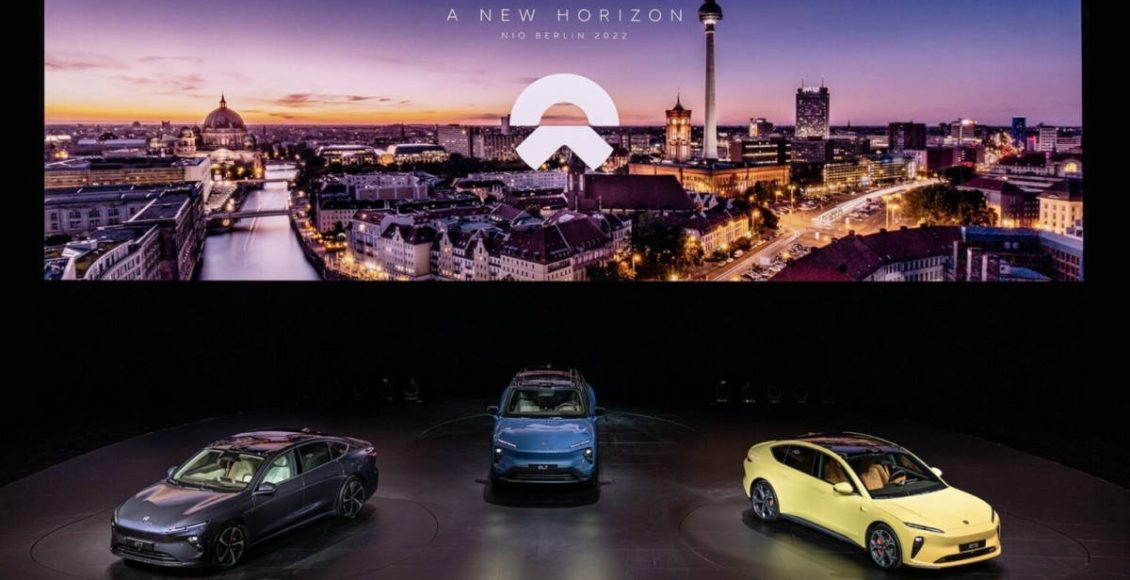 Chinese electric vehicle company NIO unveiled its ET7, EL7 and ET5 models for sale in Germany, the Netherlands, Denmark, and Sweden at a European launch event held in Berlin on October 7. This expansion follows the firm’s entry into the Norwegian market last year.

The EL7 model has been renamed from the “ES7” that launched in China due to a trademark lawsuit between NIO and German automotive giant Audi. The lawsuit pertains to two Audi models – the S6 and S8 – and NIO‘s decision to name its two models the ES6 and ES8. Commenting on the matter, NIO said, “We conducted systematic thinking on the name of our vehicles. In 2016, we began to apply for global registration. Regrettably, Audi has challenged the ES8 and ES6 model’s names and launched a lawsuit in Germany. Therefore, we have decided to use the new name – EL7 – in Europe for now to avoid affecting users’ rights.”

All three models are equipped with NIO‘s latest Banyan intelligent system. This full-stack technology comprises the vehicle’s computing platform, operating system, intelligent vehicle hardware, intelligent algorithms and applications, and will continue to evolve via FOTA updates. With the help of intelligent hardware such as Aquila, NIO‘s super-sensing system comprising LiDAR, ADAM and NIO‘s supercomputer platform with a computing power of up to 1,016T, will ultimately be able to offer advanced safety assistance and automatic driving in scenarios such as high-speed carriageways, urban areas, parking, and charging environments.

Three new models derived from its NIO NT2 platform will be available together with innovative subscription models to encourage EV use. With terms starting from just one month to 60 months, users will be able to choose the vehicle that best suits their needs. For all subscription models, NIO provides a worry-free experience by offering comprehensive insurance, maintenance, winter tires, a courtesy car and battery swapping, as well as the flexibility to upgrade battery services.

NIO is committed to developing a comprehensive battery charging system in new markets. So far, the firm has access to 380,000 charging points in Europe accessible with NIO NFC cards, and a European version of NIO‘s charging map has also been introduced. In 2022, NIO plans to build 20 power swap stations (PSS) in Europe. In 2023, this number is expected to reach 120. By 2025, NIO aims to build 1,000 PSS outside of China, most of which will be in Europe.

NIO will continue offering a direct-to-consumer model for European users. The NIO House in Berlin is now gearing up to open, and the firm is building similar sites in Hamburg, Frankfurt, Düsseldorf, Amsterdam, Rotterdam, Copenhagen, Stockholm, and Gothenburg.

Alongside its expansion in Europe, NIO will work to develop community user groups, such as the user advisory board (UAB) in Norway that already has 270 members. UABs help NIO improve the user experience by sharing ideas on service quality, charging, the in-store experience, and other aspects of owning a NIO vehicle.