NIO: Punished For No Reason 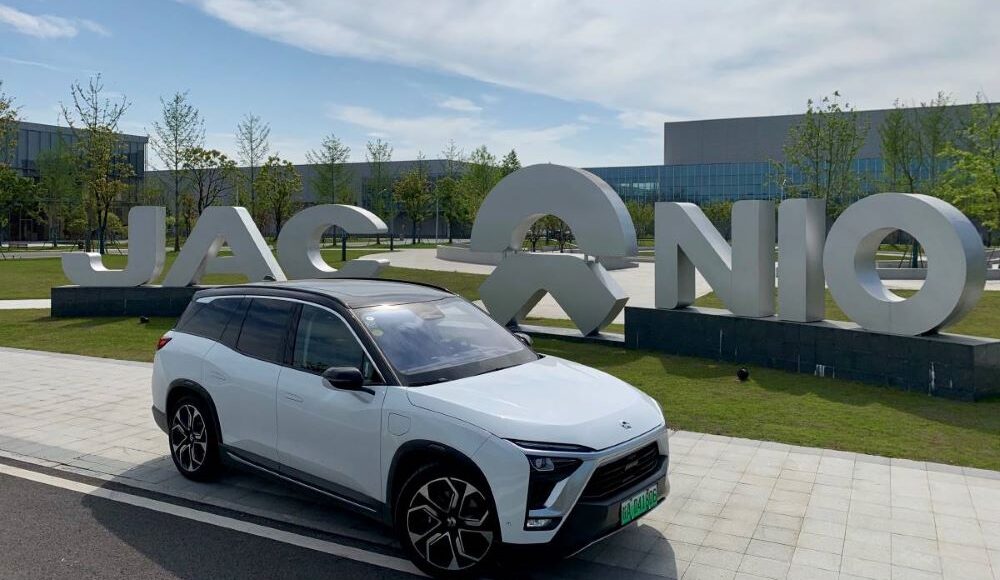 Shares of Chinese EV maker NIO dropped hard this week as the Evergrande fallout shook up markets around the world. Because of default concerns tied to Evergrande and Beijing’s accelerating crackdown on the Chinese economy, NIO’s commercial growth prospects have been heavily discounted. I say the stock is a buy!

The Evergrande debacle has discounted NIO’s growth even more

Evergrande, a Chinese property developer with more than $300B in liabilities, was said to be at risk of defaulting on an $84M interest payment on its bonds this week. Fears over a potential default and its ripple effects sent shock waves around the world in September. Evergrande’s pile of liabilities is equivalent to 2% of China’s gross domestic product and a default would be a major, negative event for stock markets worldwide. However, the Evergrande debacle may already be under control. According to media reports, the teetering Chinese real estate developer just made a deal with domestic bondholders that averts default. If Evergrande can restructure its liabilities with the approval of bondholders, markets could calm down and potentially initiate a new upleg.

Evergrande-related default concerns have hammered Chinese stocks in September, which already lost billions of dollars in market value because Beijing tightened regulations and assumed a larger degree of control over the economy. Regulatory intervention in China has even affected market values of companies – like NIO – which haven’t been targeted by Beijing’s regulators.

The Evergrande fallout is compounding problems for public Chinese companies which are facing growing skepticism from investors abroad. Many Chinese companies, including NIO, are listed on U.S. stock exchanges as American depositary shares, which is a way for foreign-based companies to trade on U.S. markets while benefiting from relaxed audit and disclosure requirements. This privilege is now coming under fire as investors stay away from Chinese equities over transparency and regulation concerns. For those reasons, shares of NIO have plunged 37% since July.

NIO, however, is not directly affected by either Beijing’s crackdown on the economy or the Evergrande fallout. Monopolies in e-Commerce, technology and education have drawn the ire of Beijing’s regulators, but not smaller companies that operate in non-monopolistic markets that the government heavily subsidizes. NIO is a relatively small EV company with a market value of $56B and about 90,000 to 100,000 vehicles of annual production and delivery capacity. In FY 2020, more than 1.3M EVs were sold in China. The Chinese EV industry, the world’s largest based on sales volume, includes more than 500 independent electric vehicle companies. Because of the highly fragmented nature of the Chinese EV industry, the government is encouraging consolidation.

Companies like NIO, XPeng or Li Auto, which already have commercial products and which can raise capital successfully in the market, are the safest bets on the buoyant Chinese EV industry…. even at a time like this. In September, NIO announced a $2.0B secondary stock offering which will strengthen the EV maker’s balance sheet and prepare the firm for a potentially longer lasting semiconductor shortage. NIO didn’t have to raise capital because the firm had 17.4B Chinese Yuan ($2.7B) in immediately available liquidity in June. This figure does not include 29.5B Chinese Yuan ($4.6B) in funds parked in short-term investments which could be easily liquidated and are also available to finance NIO’s growing manufacturing footprint. Cash raised from the offering could even be used to acquire additional production capacity.

Currently, NIO (and its partners) are running below full production capacity due to the semiconductor supply shortage, which is hampering production not just for NIO but for other EV makers as well. Because of the chip supply crunch, which could last until 2023 based on more pessimistic estimates, NIO was forced to adjust its delivery guidance for the third-quarter. NIO now expects to deliver 22,500 to 23,500 vehicles in Q3’21… which is below the previous guidance of 23,000 to 25,000 vehicles. Once semiconductors flow more freely, which I believe will be the case in Q1’22 and Q2’22, then NIO should experience a sharp rebound in factory output and see an acceleration of delivery growth rates!

Shares of NIO traded at $55 in July. Now they trade at $35. Although shares of NIO lost one-third of their market value since July, the EV maker is looking at strong revenue growth over the next decade as EV adoption accelerates and its electric vehicle lineup increases in density. NIO will start to deliver its first all-electric sedan, the ET7 sedan. The company is looking at total revenue growth of 440% from FY 2020 to FY 2025 (based on estimates provided by Seeking Alpha) and is expected to generate its first profit in FY 2023. Because of NIO’s downleg, an opportunity has been created to buy the firm’s growth at a discounted price!

The potential for a default of Evergrande’s bonds and China’s crackdown on the economy pose risks to Chinese stocks. Beijing’s crackdown has accelerated in recent months, but the risk of government intervention in the electric vehicle industry is very low considering that Beijing is pushing for higher EV adoption rates. Both Beijing and Chinese municipalities offer tax breaks to EV makers and subsidize the purchase of electric vehicles, and China has committed to becoming carbon neutral by 2060. The industry also is not monopolistic which lowers the risk of regulatory intervention in the EV industry significantly. The much bigger risk for NIO, as I see it, is a limited flow of semiconductors which has already lowered NIO’s factory output and pushed deliveries below 8,000 in August. A longer lasting chip supply crunch could hamper NIO’s production in FY 2022 and lead to a revaluation of the firm’s revenue growth prospects.

Don’t be fooled: NIO is punished for no reason, dropping 37% because the U.S. market is currently not very fond of Chinese stocks. Evergrande made things even worse!

Beijing’s tightening regulation and market concerns over bond defaults have initiated a new downleg for shares of NIO. However, if Evergrande restructures its liabilities, which looks like a real possibility now, the developer should not be a drag on markets for much longer. The EV industry has not been targeted in Beijing’s crackdown and the risk of intervention is low.

NIO’s growth has been discounted heavily these last two months, and growth should accelerate in FY 2022 as the semiconductor shortage gets resolved.