NIO, Xpeng and Li Auto, China’s three home-grown Tesla challengers, will maintain a high-growth trajectory despite the launch of a cheaper version of its Model Y by the US carmaker, analysts said.

The three Chinese carmakers are developing and delivering products that target customers other than Tesla’s diehard fans.

“The buoyant electric vehicle [EV] market in China has attracted more customers than the car companies had expected,” said Qian Kang, who owns a car components maker in Zhejiang province. “Fortunately, the Chinese players have the products to avoid direct competition with Tesla.”

The euphoria around the new standard range Model Y, which was launched on July 8 and has a cheaper price tag of 276,000 yuan (US$42,570), had stoked fears about the future of the Chinese carmakers, which lag far behind Tesla in terms of deliveries. Local media reported that the new version received 10,000 orders on the first day, followed by another 50,000 orders the next day. The buyers will, however, have to wait until September to receive their standard range Model Ys, said the sales manager at Tesla’s showroom at HKRI Taikoo Hui shopping centre in Shanghai.

“The worries might have been overblown,” said Gao Shen, an independent analyst in Shanghai. “China’s EV market is no longer a zero-sum game.”

The new Model Y sport-utility vehicle (SUV) can go 525km on a single charge and has been priced to take advantage of a government subsidy scheme – Beijing offers cash subsidies to buyers of EVs priced below 300,000 yuan. It is 71,900 yuan cheaper than the long range version, whose range stands at 595km. Its price tag has attracted thousands of mainland Chinese drivers keen on an EV with autonomous driving features and voice-activated controls.

Guangzhou-based Xpeng also announced a new car aimed at budget-conscious EV enthusiasts over the weekend. The P5 sedan will start at 160,000 yuan and targets drivers who are reluctant to spend more than 200,000 yuan for a smart EV. Xpeng will start delivering the P5 to buyers in October. 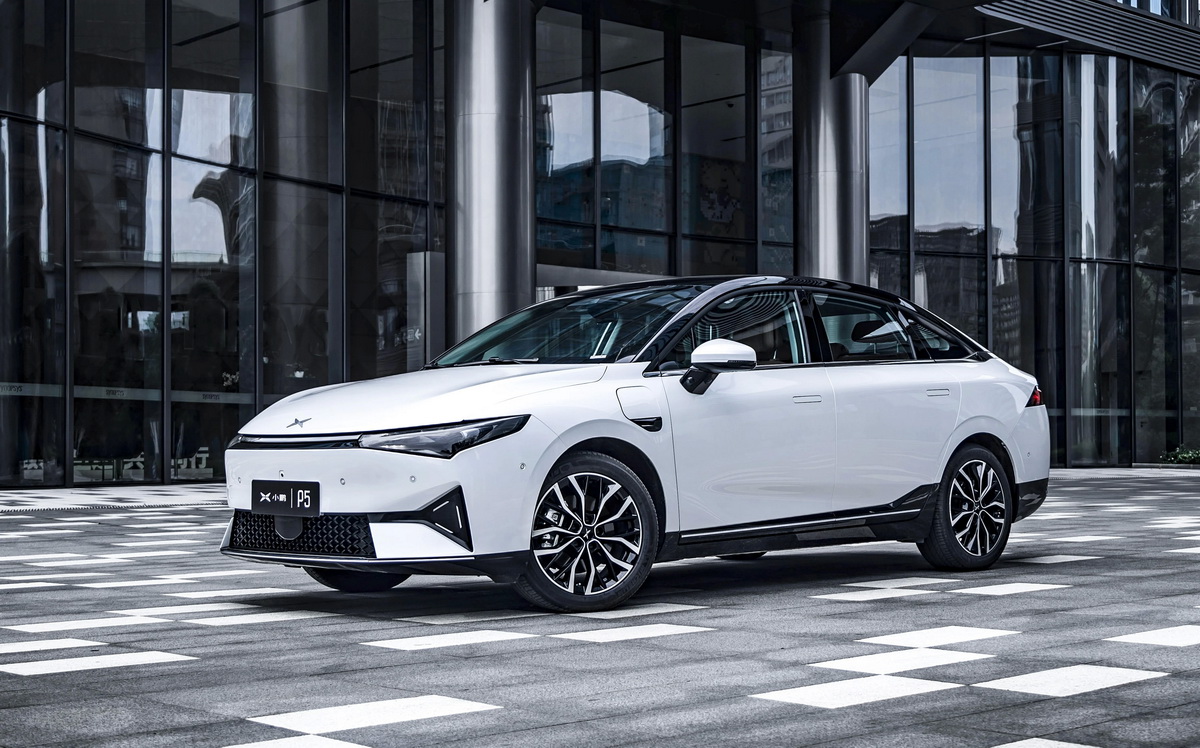 “China’s EV start-ups are focusing on different segments than Tesla vehicles,” Zhongtai Securities said in a research note on Tuesday. Even though Palo Alto, California-based Tesla dominates China’s premium EV segment, “their delivery volumes will grow too”, it added.

For instance, Shanghai-based NIO sells the standard edition of its ET7 luxury EV for 448,000 yuan. The car comes with a 70 kilowatt-hour (kWh) battery pack and NIO says it is the first electric car globally to feature an 8 megapixel self-driving HD camera. This camera significantly improves the EV’s image data collection capability, compared to the 1.2 megapixel cameras its competitors use.

Li Auto, which is based in Changzhou in China’s eastern Jiangsu province, sells the Li One, an extended range SUV that can go as far as 800km on a single charge for 328,000 yuan.

From January to June this year, Tesla sold more than 130,000 Model 3s and Model Ys in China, close to its full-year sales figure of 137,459 cars last year. The Model Y was launched on January 1 this year.

In the first half of this year, NIO delivered 41,965 vehicles, nearly tripling its sales from the same period a year ago. Xpeng sold 30,738 vehicles, jumping 458 per cent year on year, while Li Auto’s deliveries climbed 212 per cent to 30,151 units.

The China Passenger Car Association recently forecast that full-year EV sales could more than double to 2.4 million cars in 2021. Moreover, Swiss bank UBS forecast in March this year that one in every four new cars on China’s roads in 2025 will be powered by electric batteries, which translates to 6.6 million EVs.

Timeline: how Didi went from poster child for China tech to…