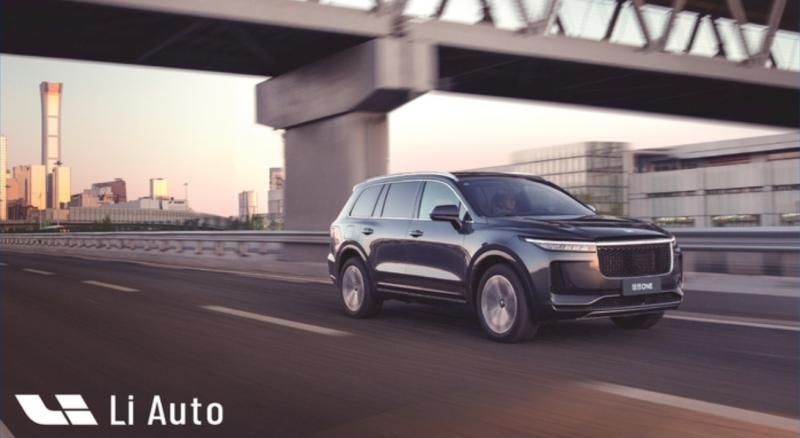 In the rapidly growing and highly competitive electric vehicle industry, Li Auto Inc. stands out with its differentiated EREV offering. EREV, or extended range electric vehicles, offers customers most of the benefits of owning an electric vehicle — mainly exposure to many government incentives — while maintaining the refueling and distance advance of ICE vehicles. Furthermore, after the recent sell off of growth stocks, the stock is trading at a much more reasonable valuation. However, owning LI comes with many risks, and may be a stock only for the brave or very well informed.

The world is waking up to climate change, and the transition to electric vehicles will play an important role in mitigating the impact of climate change. As a result, government incentives, market opportunities and competition have all rapidly expanded over recent years.

The competitive landscape for EVs is intensifying rapidly. Large ICE OEMs that have announced large investments in EVs include Volkswagen, BMW, General Motors, Daimler, Ford and Hyundai. Each of these companies have announced a plan to invest more money in EVs than Tesla. On the pure-play side, besides early movers like Tesla and BYD, a flood of new BEV (battery electric vehicle) competitors including Rivian, Lucid, Fisker, NIO, and XPeng have entered the market.

A detailed discussion of these dynamics could be found in the first half of my recently published article, NIO: Winning The Game Of Thrones With Batteries.

However, during this period of auto weakness, Li has been ramping up volume production and deliveries. This is because Chinese government policies at central and local levels supported the development of electric and domestically manufactured vehicles.

On the one hand, the government has been implementing strict vehicle emission standards for ICE vehicles to discourage its production. And on the other, the government has been implementing incentives to support the development of NEVs (new energy vehicles). On December 10, 2018, the National Development and Reform Commission (NDRC) categorized EREVs as electric vehicles, a major positive development for Li.

One significant benefit enjoyed by NEV is the exemption from the lottery for a limited number of license plates. This means if you buy a NEV, you could get your plates right away. However, local governments could follow their own rules. There are two important local exception: Beijing still treats EREVs as ICE vehicles for the purpose of obtaining a license plate, and Shanghai recently announced that, effective 1/1/2023, only BEVs (battery electric vehicles) will be exempt.

In addition, EREVs currently enjoy exemption from vehicle purchase tax, one-time government subsidies, exemption from driving restrictions in certain cities, exemption for ownership quotas, and preferential utility rates for charging facilities. However, the central government has begun implementing a phase-out schedule of the one-time government subsidies. Notably for Li, effective July 2020, only NEVs with an MSRP of RMB 300,000 (~ $47,000) or less before subsidies are eligible for subsidies and the MSRP of Li ONE is higher than the threshold. 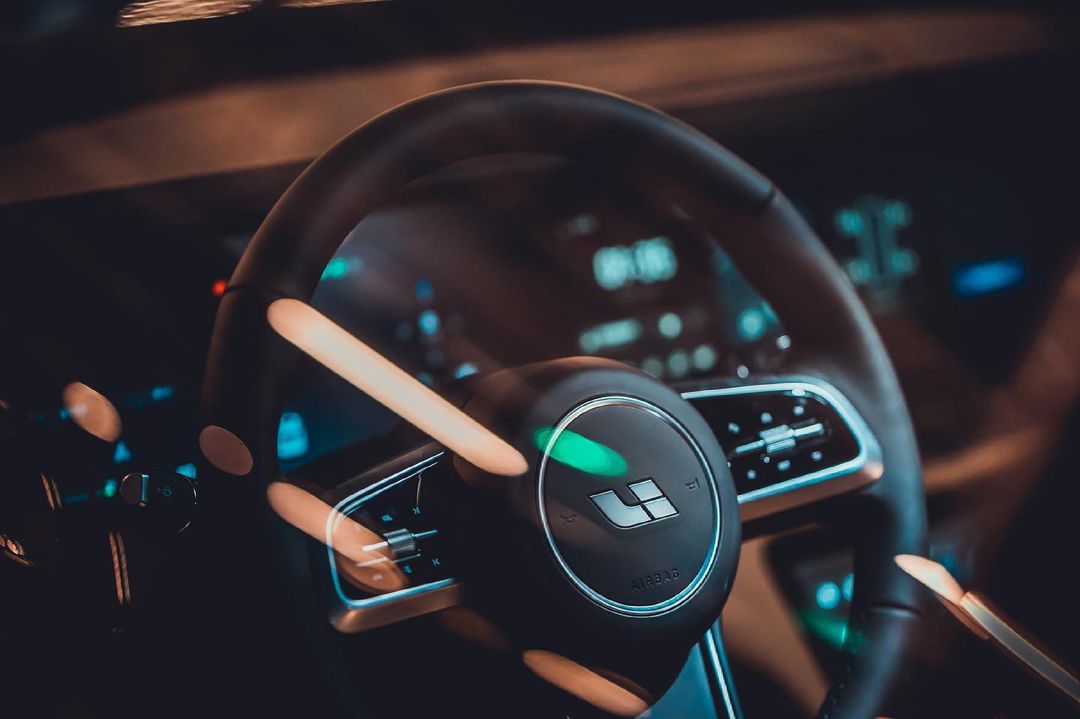 Li Auto, also known as Li Xiang, was founded in 2015 and started volume production of its first vehicle model, Li ONE, in November 2019. By December 31, 2020, the company already delivered over 33,500 Li ONEs. The company is a pioneer in successfully commercializing EREVs in China.

The Li ONE is a premium EREV SUV, and the only Li product on the market. An EREV is purely driven by electric motors, while its energy source comes from both its battery pack and an ICE-based range extension system. The range extension system generates electricity with a dedicated internal combustion engine designed with high fuel consumption efficiency, an electric generator, and a speed reducer to connect them.

With a few notable exceptions as discussed earlier, Li ONE enjoys many of the benefits of China’s pro NEV policies, while also reducing the range anxiety of BEV vehicles.

The company offers a single standard configuration with a flat price for Li ONE, including premium and technology features that are typically offered as costly add-ons by Li’s competitors. This price strategy saves users’ time and money while alleviating Li’s burden in production, sales and support.

Relatively affluent customers in China who, for example, want to get a license plate right away but still do not trust a fully electric vehicle (mainly due to range anxiety) might find the Li ONE very attractive.

In very short order, Li grabbed 3% of China’s EV market and established itself as a leading NEV startup focusing on on the premium SUV segment. This is an attractive market since both the premium and SUV categories are growing much faster than overall passenger vehicle market.

Existing 2020, Li’s annual production capacity of its Changzhou manufacturing facility, which it owns, is 100,000 vehicles. The company plans to fully utilize and increase the facility’s capacity to 200,00 vehicles in 2022 for the production of Li ONE as well as its planned full-size premium smart extended-range electric SUV.

This expanded production capacity will support the company’s aggressive store expansion plan. Existing 2020, Li had 52 retails scores across major cities in China, each occupying 200 to 400 square meters. By 2021, the company plans to expand retail stores to 100 to 110, a double from last year.

With a premium electric SUV offering, Li stands to benefit from the booming wealth of the Chinese consumer.

China is now home to over 20% of the world’s middle class and is experiencing the fastest expansion of the middle class the world has ever seen.

In 2018, according to the Credit Suisse 2019 Global Wealth Report, China has surpassed America in having the highest number of residents in the top 10% of the world’s wealth. The wealth creation in China is showing no signs of slowdown.

According to the Credit Suisse 2020 Global Wealth Report, in 2019, China’s total wealth increased by 13.5%, driven by a nearly 40% appreciation in the equity market. Furthermore, Credit Suisse predicts that China will be the only major country to see material gains in wealth in 2020.

Yet, in terms of economic potential, China is still a baby. According to the World Bank, China’s per capita GDP is only $10,261 in 2019. This is only a fraction of the United States’ $65,298 per capital GDP. I am highly confident that this gap will close over the next 50 years or so give the current growth rate differential. China’s recently announced dual circulation strategy, which emphasizes domestic consumption, could aid this convergence.

The forecast for rapidly rising wealth in China will be an important driver of Li’s fortunes.

(Note: all expected numbers are sell-side consensus numbers from FactSet.)

The company’s exited 2020 with $1,370 million in cash and cash equivalents, $3,019 million in time deposits and short-term investments, $78 million long-term borrowings, and $484 million in trade and notes payable. Unless something unspeakably bad happens — i.e. fraud, manufacturing facility blows up, etc. — Li will have no problem covering its current liabilities.

Since Li is not yet profitable, we will look at the forward EV/Sales multiple as is typical for hyper growth companies not yet generating a profit. The company went public in July 2020 trading at around 6 times forward EV/Sales. Li shares rapidly gained interest from investors as the market caught the EV fever starting around April 2020. As a result, Li’s valuation soared to a peak of over 13 times by November 2020. After the growth sell-off we recently experienced, Li is currently sitting at a much more reasonable 3.2 times forward sales. This is a significant discount to TSLA’s 10.5 times forward EV/Sales despite growing twice as fast (TSLA is expected to grow revenues by 57% in 2021 compared to Li’s 107%). 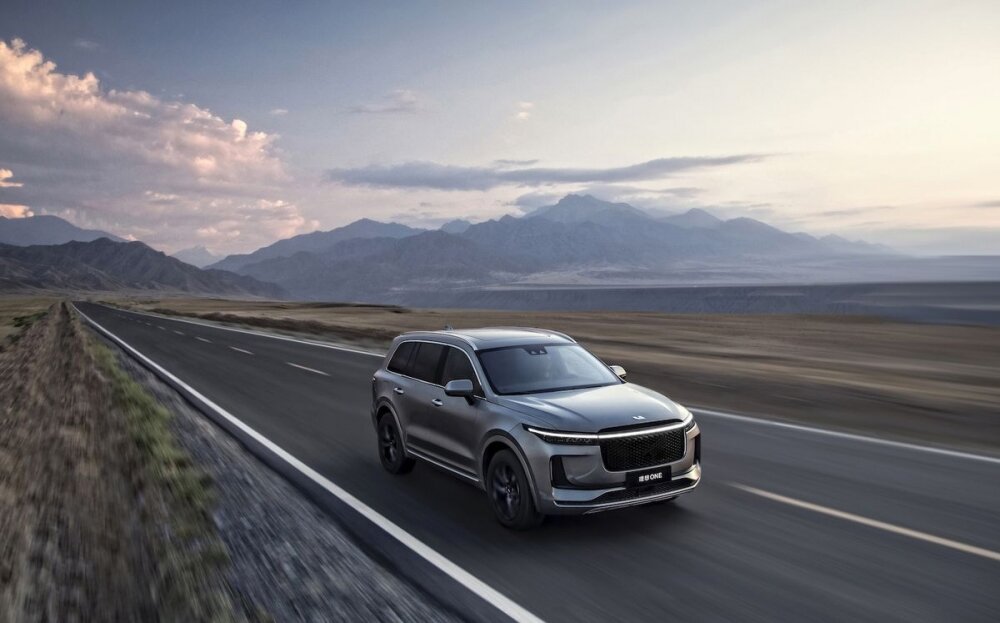 There are many risks associated with owning Li Auto.

Li is a very young company with limited experience with volume production. Investors must bear the risk of the company running into scaling problems as the company grows as expected.

EREVs are treated as ICE vehicles in Beijing for the purpose of obtaining license plates, which means Li ONE is not exempt from the license plate lottery. Shanghai will follow Beijing effective 1/1/2023. There is the risk that more local governments will follow in Beijing’s footsteps.

Li has never been profitable and is only on its second year of volume production. From 2018 through 2020, Li lost cumulatively over RMB 4 billion. Without posting a profit, the stock will be too risky for many investors since its business model remains untested.

Li expects competition in the China automotive market to intensify in the future in light of intense price competition and phase-out of government subsidies.

Li’s ability to expand globally may be limited by the rising geopolitics tension between China and the US, and to a lesser extent, with Japan and Europe. The geopolitical situation remains highly opaque and uncertain and is a risk factor for all auto OEMs.

Auto OEMs are currently facing a severe chip shortage. As a smaller player, Li could face greater difficulties getting component allocation. The chip density on automobiles is increasing, making the OEMs increasingly reliant on chip suppliers and foundries.

Li strikes me as a high-risk, high-reward stock. The risks are obvious: the company is not profitable and depends on a single product (Li ONE). Furthermore, the company derives its competitive advantage from the EREV technology, which seems like a temporary solution for transitioning between ICE to BEV. The company will need to pivot sooner-or-later to BEV, or sell itself before it becomes absolutely necessary.

The rewards are compelling as well: the Li ONE seems to be a successful first product with a clear value proposition as customers gets to enjoy government incentives to support electric vehicles without giving up the range and refueling convenience associated with ICE vehicles. After the selloff, the company’s valuation seems much more reasonable, especially since it is expected to double sales this year and turn a profit by 2022.

I think Li is a very interesting company worth watching for EV investors . However, given the high risks, I will be watching from the sidelines.

China’s E-Commerce Battleground: What Investors Should…