Chinese electric vehicle maker Li Auto denied reports that it has sourced a key auto chipset from the black market at prices 800 times higher than the normal levels, saying that it has sourced from regular channels to ensure supply amid the global shortage of auto semiconductors that has plagued the industry over recent months.

In a statement sent to the Global Times on Sunday, Li Auto said it has ramped up efforts to ensure chip supply to help resolve the current crunch and it is a normal practice to source from regular channels.

The statement followed a report by domestic news outlet yicai.com claiming that Li Auto, facing a crisis caused by the lack of auto semiconductors that has led to serious delivery delays, has recently purchased thousands of chipsets crucial for electronic parking brake system with each chipset priced at 5,000 yuan ($776), far above the market’s normal price of only 6 yuan.

Soaring component prices from the black market has become a last resort for many auto manufacturers facing a global semiconductor supply crunch. China’s market regulator has also tightened scrutiny on speculation to stabilize the market.

In September, the State Administration for Market Regulation imposed fines totaling 2.5 million yuan on three auto-chip dealers, including two in Shanghai and one in Shenzhen, after finding that they sold auto chips at a substantial markup, in some cases up to 40 times the regular market price.

In a market with balanced supply and demand, the markup rate of auto-chip traders is normally between 7 percent and 10 percent. 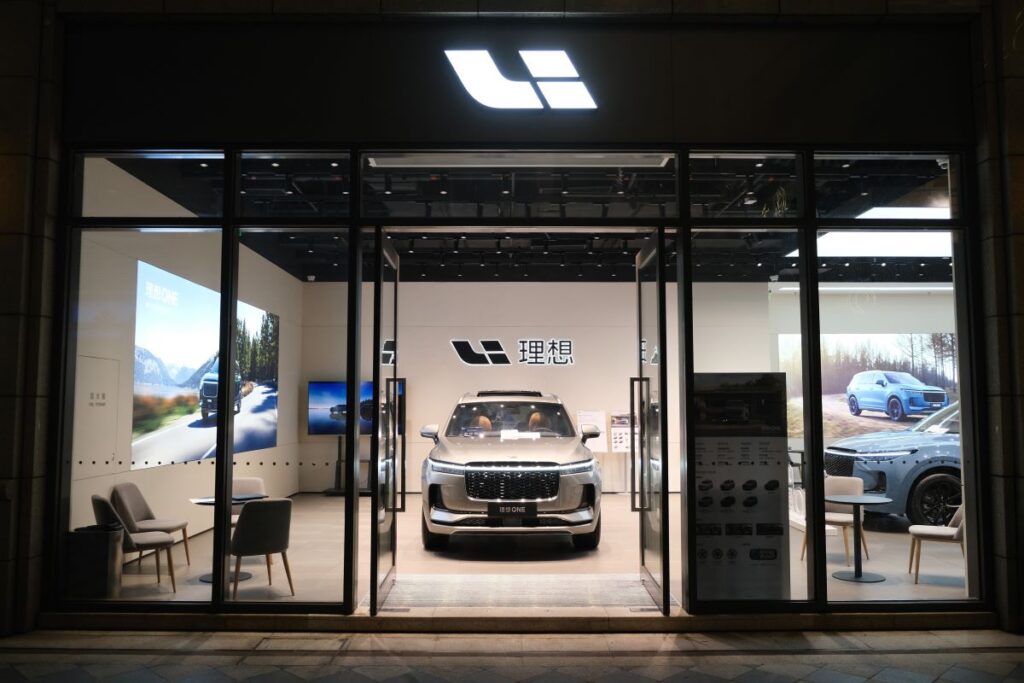 Cui Dongshu, secretary general of the China Passenger Car Association, told the Global Times that compared with tradition vehicles fueled by internal combustion engines, EVs are relatively less affected by the lack of chips because EV players are more flexible and there are more ways for them to obtain a stable supply of chips.

“Many chips that currently fall short are the low-end ones, while EVs usually rely on high-end ones,” Cui said.

The supplier of Li Auto’s millimeter-wave radar chips and ultrasonic radar chips is German technology giant Bosch, according to industry services provider Gasgoo. However, the supplier’s factory in Malaysia, where its key system chips like ESP (Electronic Stability Program) are produced, has suffered severe production disruptions due to the COVID-19 pandemic, with the local government temporarily shutting down some production lines there.

In response, Li Auto has launched a new delivery plan to overcome its current difficulties. As part of a temporary solution, customers can choose to have 3 radar models in advance or wait until December to receive the 5 radar models. The company will arrange delivery in line with customers’ demands.

A recent forecast by UBS showed that chip shortage in China’s auto industry is expected to intensify in the fourth quarter, with the shortage crisis likely to ease in 2022.

The investment bank lowered its forecast for global auto production this year to 77 million units, but it expected that auto production will rebound by 15 percent next year.

US’ trade report shows it has exhausted tools to hurt…

China antitrust: Tencent Music will have to give up music…