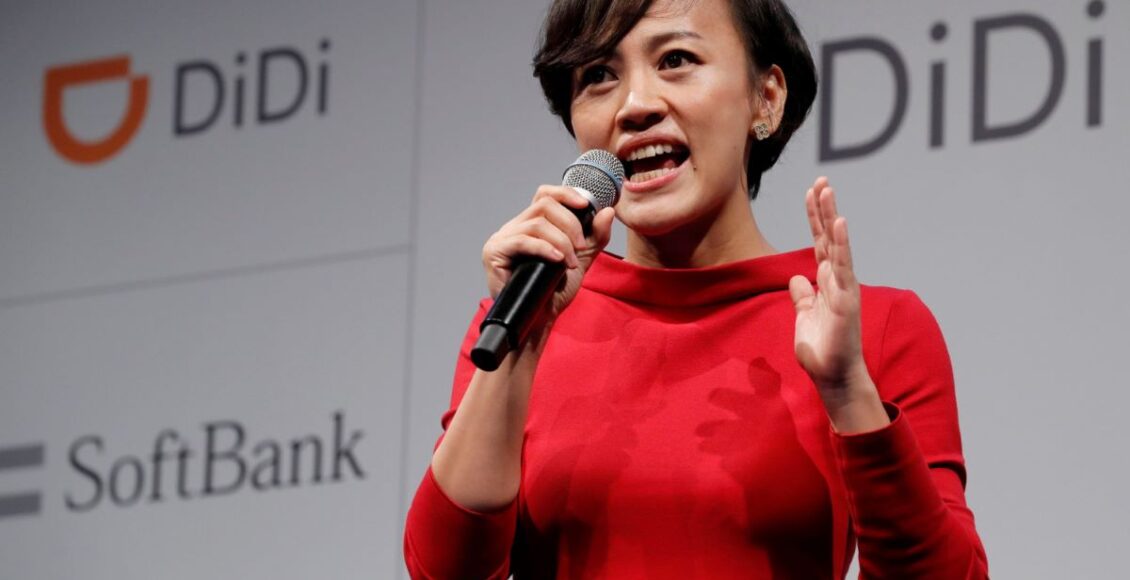 Didi Global Inc co-founder and President Jean Liu has told some close associates that she intends to step down, two sources familiar with the matter said, as the Chinese ride-hailing giant faces intense regulatory scrutiny following its New York listing earlier this year.

Liu, 43, has in recent weeks told some associates that she expected the government to eventually take control of Didi and appoint new management, said the two sources.

Liu, a former Goldman Sachs Group Inc banker, told a couple of executives close to her in recent weeks – including those who had followed her to join Didi from the Wall Street bank – that she planned to leave and encouraged them to start looking for new opportunities as well, said one of the sources who was briefed on the matter.

Some of those executives have since approached industry contacts for job leads, the source said.

Reuters was unable to learn further details, including whether Liu had submitted a formal resignation letter or set a date to leave.

Didi said it is “actively and fully cooperating with the cybersecurity review. Reuters’ rumors about management changes are untrue and unsubstantiated.”

Liu did not respond to Reuters request for comment sent via the company spokespersons.

Didi’s shares were recently down nearly 5% in U.S. trading on Monday. The benchmark S&P 500 index was recently off around 1.7% in a broader selloff fueled by worries over heavily indebted Chinese property company Evergrande.

Didi, sometimes dubbed the Uber of China, has come under intense scrutiny since early July by Chinese authorities over its collection and use of personal data of users of its service, pricing mechanisms and competitive practices.

Officials have launched a broad crackdown on private companies, including those in the tech sector, to control big data and break down monopolistic practices. read more

Billionaires minted by high-profile listings, such as Didi’s $4.4 billion debut, have fallen out of favor as President Xi Jinping warns against the country’s vast income inequality.

Didi ran afoul of the powerful Cyberspace Administration of China (CAC) when it pressed ahead with its debut on June 30, despite the regulator urging the company to put it on hold while it conducted a cybersecurity review of its data practices, according to people with knowledge of the matter.

Soon after the listing, the CAC announced an investigation into Didi and subsequently ordered the removal of its apps for download in China. Officials from at least six other departments also got involved. read more

Reuters could not learn whether regulators had asked for Liu’s departure and what would happen to other executives, such as Didi Chairman and CEO Will Cheng.

One of the sources familiar with Liu’s plans said the Harvard alumni and daughter of Lenovo Group founder Liu Chuanzhi had also talked about leaving Didi in the years before the current regulatory crisis to try her hand at something new.

Liu joined Didi in 2014. She holds a 1.6% stake, worth around $640 million currently, in the company and controls 23% of the vote, thanks to a dual-class share structure, according to the company’s prospectus.

She has been deeply involved in the company’s key corporate financial decisions, including its merger with Alibaba Group Holding Ltd (9988.HK)-backed Kuaidi in 2015, takeover of Uber Technologies Inc’s China business and fundraising from investors including Apple Inc.

Liu also oversees Didi’s other corporate matters including human resources and represents the company in external communications especially during crises.