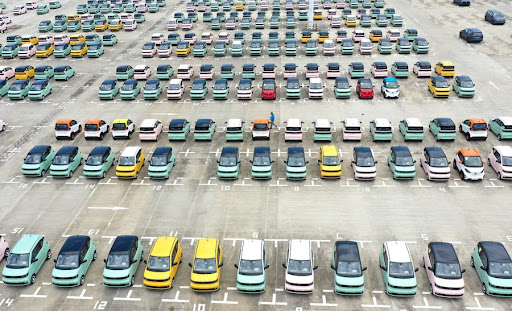 Bucking the trend, the country’s sales of new-energy passenger vehicles soared 141.1 percent year on year to 321,000 units in October, according to the China Passenger Car Association.

During the first 10 months, sales of new-energy passenger cars skyrocketed 191.9 percent from a year earlier to 2.14 million units.

Tesla China sold 54,391 vehicles in October, and its exports reached 40,666 units, data from the association showed.

In 2022, China’s wholesales for passenger cars will likely grow 5 percent, the association said.