Chinese carmakers are expected to become leading players in the global industry in the age of smart vehicles, said a senior executive at the partner of Volkswagen and GM.

“We are catching up with international companies in terms of gasoline cars, we are on a par with them in terms of electric cars, and we’re very likely to be the leader when it comes to smart vehicles,” said Zu Sijie, chief engineer of China’s largest carmaker SAIC Motor, on Friday.

Zu said international companies took the lead to introduce the latest technology into local car joint ventures. Chinese companies will have their turn to do so as vehicles are getting smart, connected and autonomous.

“Smart vehicles will be based on local scenes and local data, and obviously Chinese companies have a better understanding of them,” Zu said.

SAIC has unveiled its goal to become a technology company focused on smart and electric vehicles, for which it has earmarked a budget of 300 billion yuan by 2025. 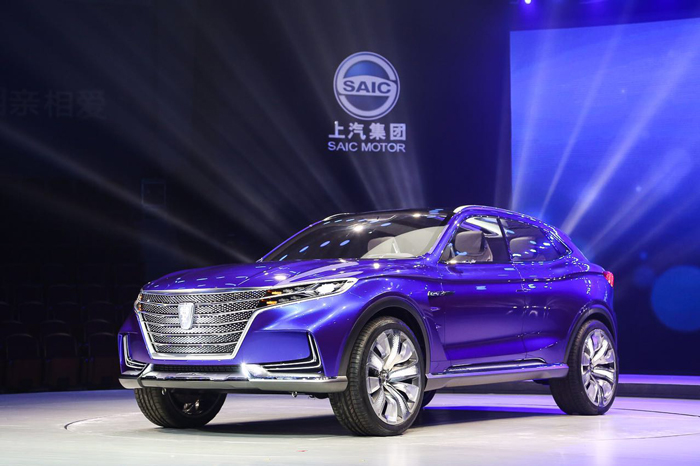 Z-One has also launched a digital platform that functions like Google’s Android system for smart mobile phone makers and users.

The platform, the first of its kind in the auto industry, allows software developers to code and release car-based applications in an app store. Car owners can download and install them in their vehicles, thus making their vehicles different from others.

“We would like to transform the limited car cabins into limitless possibilities,” Li said.

SAIC is also working with local technology startups. Its robotaxi service will be available in Shanghai and neighboring Suzhou, in Jiangsu province, this year, and in Shenzhen, Guangdong province, in 2022.

The carmaker expects to expand its robotaxi fleet to 10,000 cars in 2025. Level 4 autonomous driving features will also be found in its mass-produced vehicles that year.

SAIC is stepping up efforts in many different aspects, from solid-state batteries for electric cars to hydrogen fuel cell vehicles.

Lu Bingbing, head of SAIC subsidiary Shanghai Hydrogen Propulsion Technology, said the company has made many breakthroughs in the sector. He is confident that the company will realize local production of core parts within two years.

Local production will further reduce the cost of fuel cell vehicles, which Lu believes is the biggest hurdle for the sector’s development.

Lu said the first turning point for the fuel cell vehicle sector will happen around 2025, when sales of fuel cell commercial vehicles reach tens of thousands.

As their popularity grows and their cost continue to fall, the second turning point will arrive between 2028 to 2030, and the sector will see even faster growth, according to Lu.

Blockchain ambitions: will China get the first-mover advantage with the wide adoption of the digital yuan?

China orders livestreaming platforms to step up oversight of…